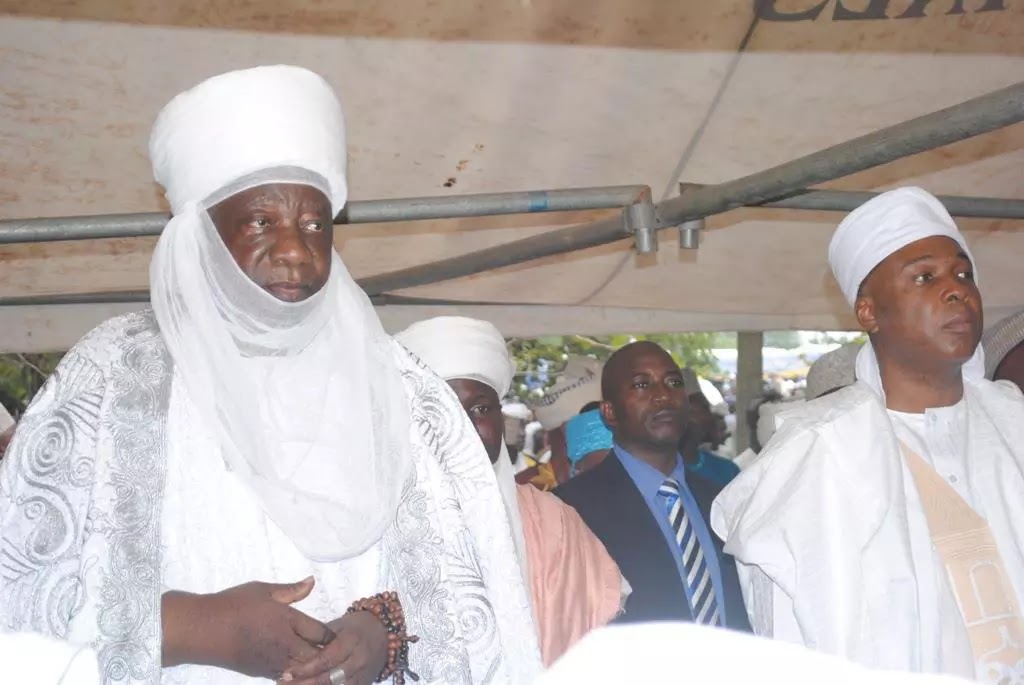 Sept 25, 2015 – How Saraki Ignores DSS Warning, Travels To Ilorin Where He Was Stoned & Disgraced

Our source added that Governor Ahmed confided in aides and the traditional ruler of Ilorin that the Senate President made himself the target of furious crowd because he failed to listen to security reports and advice urging him to stay away from Ilorin during the Sallah holiday.

A security source corroborated the governor’s sentiment. According to him, security agencies in the state had been aware of public anger against the governor and Mr. Saraki, especially as information circulated among residents about the size of the senator’s assets and personal wealth. He added that many people in the state, among them unemployed youth and workers who are owed arrears of salaries, felt that the Saraki family had exploited them for years.

A reporter in the state also told SaharaReporters that rumors circulated widely that Governor Ahmed had given Mr. Saraki N1 billion from Federal bailout funds meant to clear several months of salary arrears to workers. “Whether it’s true or not, the rumors were making the rounds. And they made many people incensed against the governor and Senator Saraki,” the reporter said. 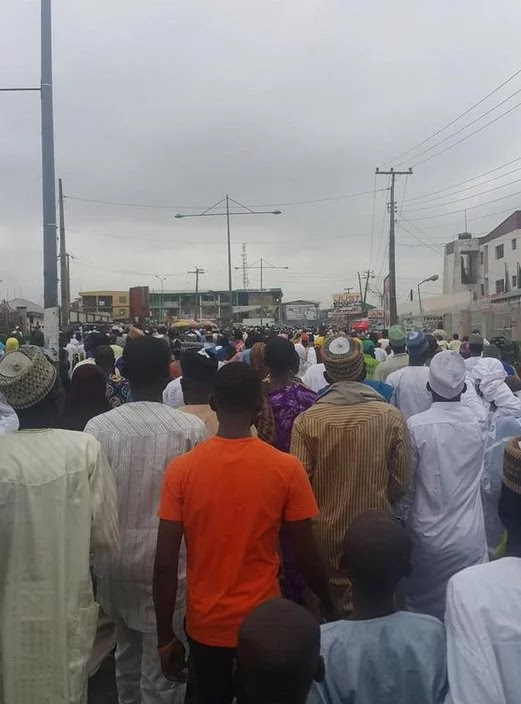 Other sources in the state disclosed that a few local imams (Islamic preachers), shocked by media reports about Mr. Saraki’s obscene wealth, revealed in his past asset declarations, preached about the senator’s greed.

“Once we heard what the preachers were saying in mosques, we warned the governor [Ahmed] to avoid any public outing as it was clear that people [were] angry and waiting to attack him and his godfather, former Governor Saraki,” one of our security sources said.

He added that, days before the Sallah festivities, security agents had seen piles of stones hidden in drainages around the prayer ground, and told the governor about it. 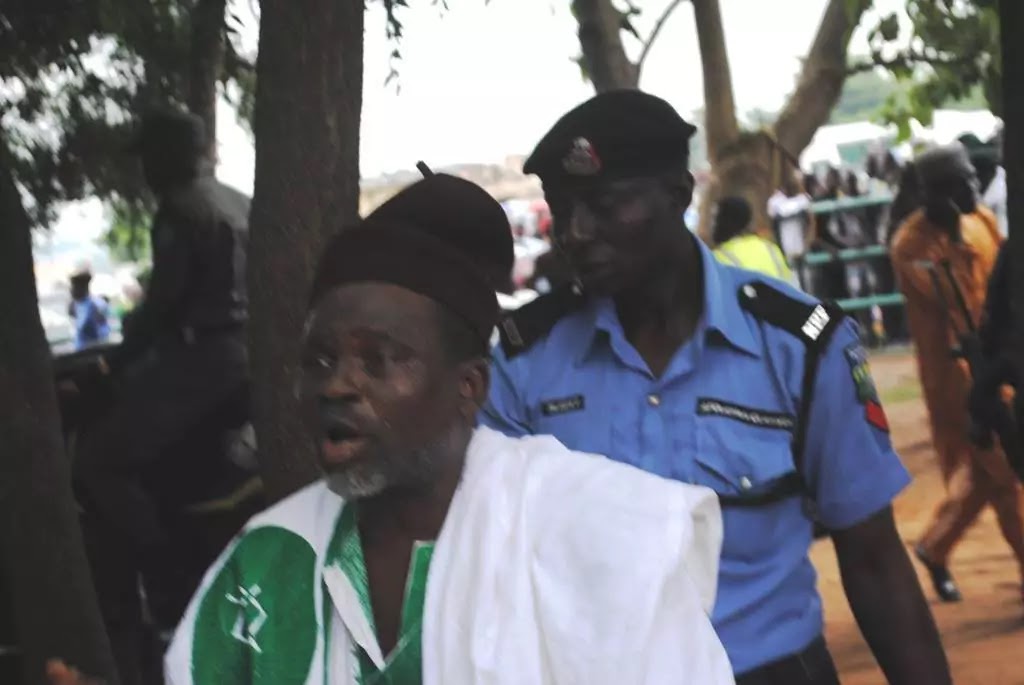 One of the protesters who stoned Saraki

An aide of the governor told SaharaReporters that Governor Ahmed, in turn, communicated his concerns to Mr. Saraki in Abuja. “But Senator Saraki continued to feel that he was popular in Kwara State, especially in Ilorin,” said the governor’s aide. “He would not agree to exercise caution because he wanted to show his popularity after his ego was bruised at the Code of Conduct Bureau,” the aide added. Mr. Saraki was last week arraigned at a tribunal for false declaration of assets.

Ignoring all security warnings, the Senate President reportedly ordered the governor to arrange a series of high profile events for him in the state capital. The events proposed by the embattled senator included meet and greet at the Ilorin Airport on his arrival in the state.

A few days before Senator Saraki’s arrival, the airwaves were saturated with radio announcements calling on politicians and civil servants in the state to welcome the former governor at the airport. In the end, the event was abruptly canceled when security agencies warned that protesters were planning to launch an attack on Mr. Saraki at the airport.

SaharaReporters learned that, a night before the Sallah prayers, Governor Ahmed told Senator Saraki that he would not attend Eid prayers at the Ilorin praying grounds on account of adverse security reports. But Mr. Saraki was not deterred, said our sources. Instead, he ordered his aides to scout the length and breadth of Ilorin and surrounding towns in order to mobilize a huge crowd to show up and sing his praises at the prayer grounds.

On Sallah, Governor Ahmed headed for his hometown, avoiding showing up in Ilorin.

Meanwhile, Mr. Saraki arrived at the venue where he was initially serenaded by a retinue of hired praise singers. However, shortly after the formal prayer events started, with the Chief Imam presiding, and the Emir of Ilorin, Sulu Gambari, next to him, protesters started shouting “Ole! Ole!” (meaning thief in Yoruba). Pandemonium soon ensued as the angry crowd began hurling rocks at the VIP tent. Prayers were aborted as Mr. Saraki and a coterie of other religious and political officials were smuggled out of the prayer grounds. The police, army and civil defense agents had a hectic time clearing the way for the dignitaries to escape. Several eyewitnesses disclosed that the security agents fired teargas and live bullets to scare the rampaging protesters.

In a public relations stunt, Senator Saraki quickly arranged a short press conference where some hired youth chanted his praise in the background as he spoke for a minute or two before he fled.

Our source, who is an aide of the governor, told SaharaReporters that Mr. Saraki was also displeased with the governor’s media team for issuing a statement condemning the attack on Senator Saraki and other VIPs. The embattled Senator Saraki felt that the statement undermined his earlier denial that he was not the target of the stone-throwing protesters.

Mr. Saraki had handpicked Mr. Ahmed to succeed him as the governor of Kwara State. State workers are being owed salaries for the last five months, a development that is seen as the result of Mr. Saraki’s financial mismanagement during his eight-year stint as state governor.

3 thoughts on “How Saraki Ignores DSS Warning, Travels To Ilorin Where He Was Stoned By His People”