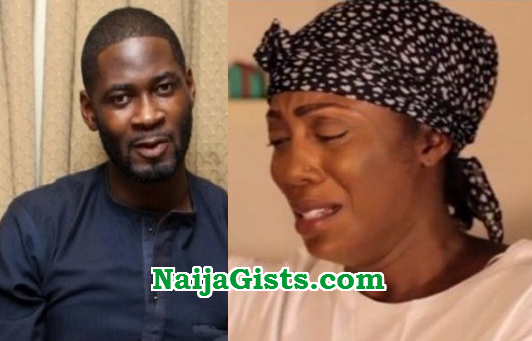 A source told NaijaGists.com yesterday that the woman at the center of the N45million fraud is Hajara Mustapha.

Contrary to the story making rounds in the Nigerian media, NG learnt that Hajara Mustapha is a not girl as most people claimed, she is a top CEO at one of the new generation banks in Lagos.

Haraja said Tee Billz reportedly took N45million from her while posing as an official of Etisalat.

Immediately he collected the money with forged documents, he went into hiding.

The case has been reported to the EFCC.

As it stands, Tee Billz has been running from pillar to post.

His last move to escape from EFCC is the fake suicide attempt.

Our source said Tee Billz’s suicide attempt is a ploy to gain sympathy from those pursuing after him.