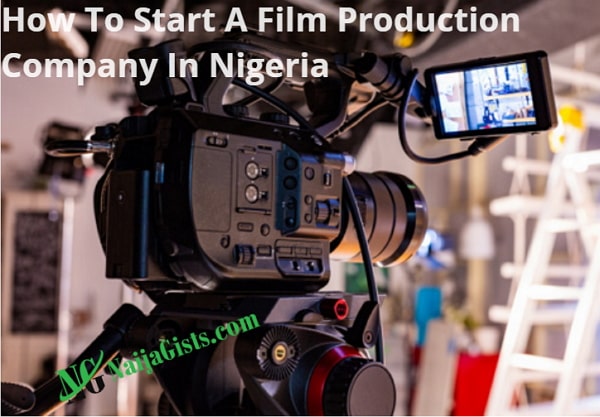 Nigeria movie industry is a multi-billion Naira investment. Currently, the Nigerian Nollywood ranks the highest in Africa. Today, Nigerians movies due to its creativity and diversity in language have made names for itself on the international stage.

The Nigerians Nollywood is competing favorably with the likes of American Hollywood and Indian Bollywood. Apart from the popularity brought into the. Industry some great Nigerian actors and actresses the partnership between the American movie producers and Iroko tv has given international recognition to the Nollywood movie. Iroko tv is the singular and largest station for Nollywood movies streaming globally.

Without mincing words, Nigeria movie industries are a major player in the economic growth of the nation. Over the years, it has contributed immensely to the country’s gross domestic growth. The Nollywood as it is called is the largest singular employer of labor in the country. This has not only to address the restiveness of the youths, but created job opportunities for millions of Nigerians. Where you are on the academic ladder of education, there is something for everyone. With that, several Nigerians have more than food on their tables just as the government garner revenue to their purse.

Film making like any other show business come at a huge price. So movies or film making involves many things other than the actors and actresses. Nonetheless, the myriad of challenges facing the industry is enough for the players to back the business. Passion and dexterity have kept most of the key players in the game going. Ask an average film producer, actor, and actresses, they will tell you how frustrating it could be to get involved in film making in Nigeria. Some of the challenges include unfavorable government policy, piracy, extortion, and exploitation.

How to become a movie producer in Nigeria

As we look at how to start a film production company in Nigeria. A movie producer is a businessman or woman with many caps. If you like call him or her “jack of all trades and master of all. He must be intelligent, creative, resolute, industrious, prudent, discipline and calculative. Above all, a producer must be able to source for the fund, trustworthy, and prudent.

A film producer as a chief chef harmonizes all other cooks and ingredients to bring to the table the cuisine that will be loved by all and sundry. Since movie production is highly demanding and a work that relies on the contribution of various skills, a producer must equally experience in film making.

Before we talk on how to start a film production company in Nigeria let us see a few of the roles and the responsibility of a movie producer.

Roles And Responsibilities Of A Movie Producer In Nigeria

How much does it cost to produce a movie in Nigeria?

There is no single answer to how much it costs to produce a movie in Nigeria or any other place in the world. The only truth is movies cost a lot of money to produce.

Since movie expenses are not only in one specific area. To understand what it cost to produce a film, you need to know what makes the money.

How to sell a movie in Nigeria

After a great job of producing a movie is another hurdle to cross which is advertising and marketing. Without advertising the work, all effort is a waste. The overall success of the movies hangs mainly on the success of the advert.  Your choice of advertisement is based on your targeted audience. The audience equally depends on the type of movies you are marketing.

It is easy to see flaws in some movies. You blame the producer, director or the poor quality of the production on the incompetence of the team that produces the movie.  But now that you know how to start a film production company in Nigeria, you will tighten your seat belt if you have the opportunity to produce one. At least now you can appreciate the production of the movie in Nigeria.