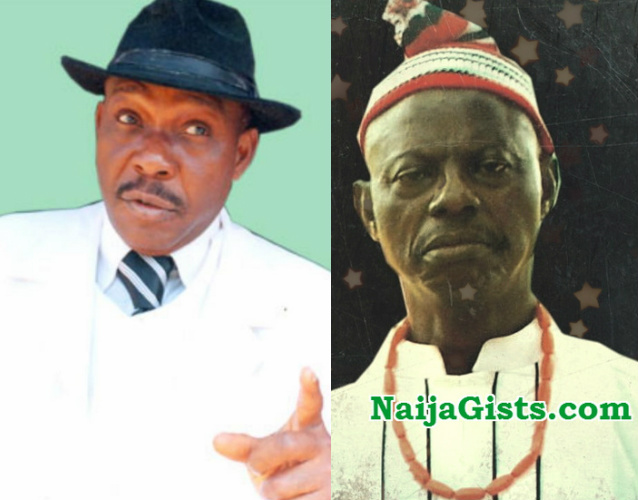 The death toll in the Nigerian movie industry has become quite alarming in the last couple of years, with many practitioners both old and young passing away randomly. In the last 6 months, not less than 3 veteran stars have kicked the bucket, after suffering one ailment or the other.

Just last week, the news of the death of popular veteran actor Ozor Akubueze hit the social media. The ace actor, who has been in the movie industry for over 3 decades, was one of the respected acts that rocked the coal city where he lived till his death. He was renowned for his old man role or red cap chief especially in traditional movies. According to reports emanating from the Enugu State chapter of AGN where he was a member, Ozor passed away after his long battle with cancer of the pancrease.

In his 70s, Ozor Akubueze died in Enugu on Friday July 10.Barely 2 months ago, another respected veteran Nollywood actor Peter Bruno gave up the ghost. The news was revealed by his son who is also an actor when he revealed “In the early hours of today, my father, friend, teacher, confidant passed on.”

His demise was quite pathetic as the late actor bitterly complained of lack of fund and proper care by his colleagues. He battled stroke for a long period of time and sought for help from many especially his colleagues but got very minimal response until he kicked the bucket on the 1st of May.

Unlike few of his colleagues who got the help of government to solve their health problems, late Peter Bruno wasn’t among the lucky few.