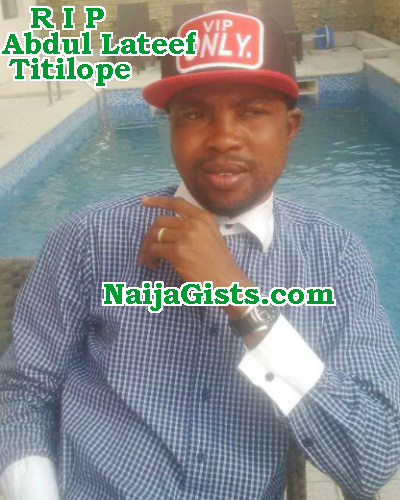 According to family sources, the late actor was a devout Muslim till the point of his death.

The actor was said to have been diagnosed with Ulcer in August 2015, a condition he managed till the start of Ramadan fast.

Sadly, being a devout Muslim, the actor rather put religion ahead of his health and engaged rigorously in the fast.

His condition became serious on Saturday before he was rushed to a nearby hospital where he was given injection and medication.

Sadly few hours later, he lost his battle to Ulcer at his family home in Oyo town.