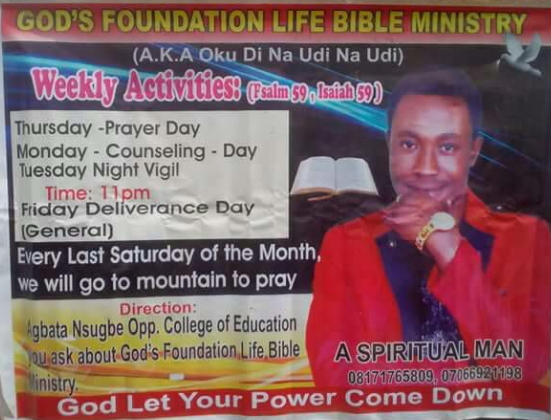 A Pastor identified as Spiritual man has been declared wanted for killing his landlady in Abata Nsugbe area of Anambra state.

The landlady was said to have asked for house rent from the founder of God’s Foundation Life Bible Ministry when he angrily punched her, resulting in her instant death.

Pastor Spiritual man fled immediately after discovering that his landlady has died.

Angry residents of Abata Nsugbe area of the state later destroyed his church only to uncover his shrine, some diabolic items and human skulls.