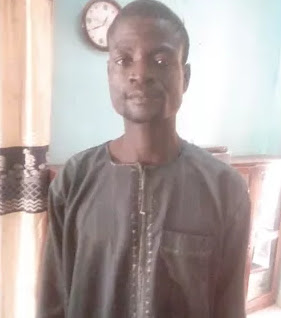 A man identified as Tanko Bamaiyi has killed his wife in Niger state.

The 50-year-old reportedly took the life of his 30-year-old, Auta Bamaiyi over her refusal to serve him food for 5 days.

The suspect arrested at Maigoge village in Mariga LGA of Niger state claimed that his wife starved him of food and even permitted his daughter to insult him.

Bamaiyi who advised other men to avoid killing their wives out of anger said he used his cutlass to kill her after he lost his temper.

Here is what the suspect who asked for forgiveness told police : 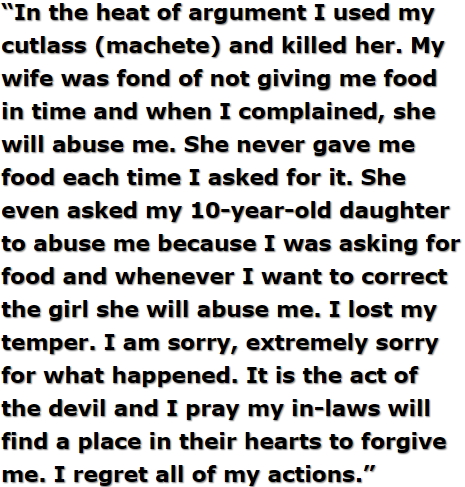 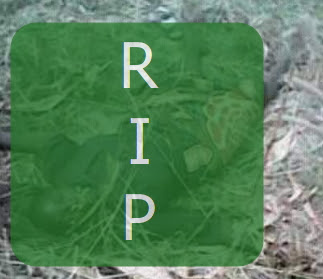 Niger state Police spokesperson, Peter Sunday told journalists that the suspect threw the machete he  used to kill his wife in a river in the area.

He confirmed that the suspect had been charged.