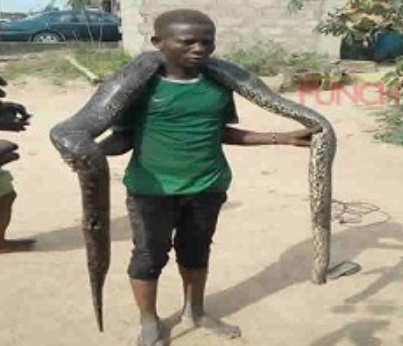 A python terrorizing residents of Ikola Ilumo area of Agbado Oke Odo LCDA of Lagos state has been caught and killed.

The monstrous beast which lives in a hole around the river that separates Ipaja from Ikola Ilumo was caught immediately after it slid into the hole yesterday afternoon.

The divers who are known to fish on the river mobilised to kill the Python but all their efforts failed as their cutlass could not penetrate the snake’s thick skin which later crawled back into its hole.

They immediately sent for a local hunter identified as Baba Agbomola Okesagun who rushed to the scene.

After reciting some incantations, the snake crawled back from the hole and became helpless.

He later fired several shots at the motionless snake with his dane gun.

A columnist with PUNCH NG who shared these photos said Baba Okesagun celebrated his exploits with a dry gin.

See more photos of the monster below 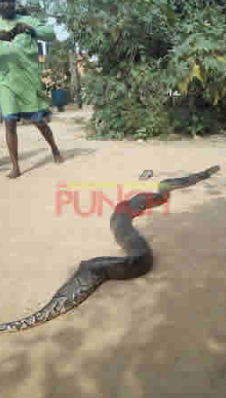 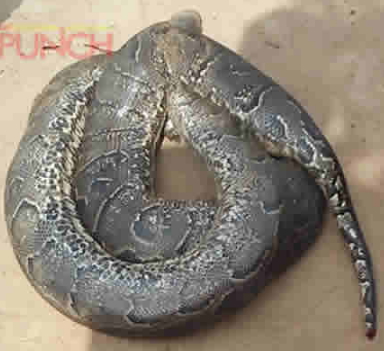