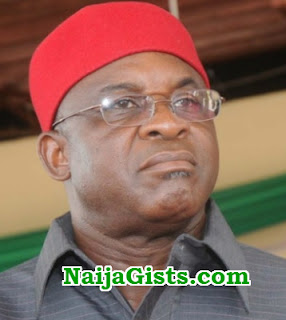 Ex-Senate President David Mark is expected to return to EFCC office today to answer questions regarding a whopping N5.4billion slush cash and campaign funds traced to him.

Part of the money is N550 million, which is part of the $2.1billion controversial arms procurement cash, according to Economic and Financial Crimes Commission (EFCC) sources.

Mark is also expected to respond to issues raised in the Panama Papers bordering on his relationship with some shell firms.

But Mark insisted yesterday that no 2015 presidential election campaign fund for Benue State was given to him.

He reportedly requested to be allowed to travel home to Otukpo, Benue State, after his preliminary grilling at the EFCC on Thursday, to fetch documents to exonerate himself from the allegations.

He is to answer questions on the following issues:

N550m arms procurement cash; N2.9billion curious payment into National Assembly’s account, which was shared to Senators during his tenure; and his role in the N2billion campaign funds meant for Benue State.

Here is what an EFCC source said:

“There is also Mark’s alleged links with eight offshore shell companies by #Panama Papers in flagrant violation of the code of conduct for public officers. “The firms were allegedly used to launder money, evade tax and dodge sanctions.”