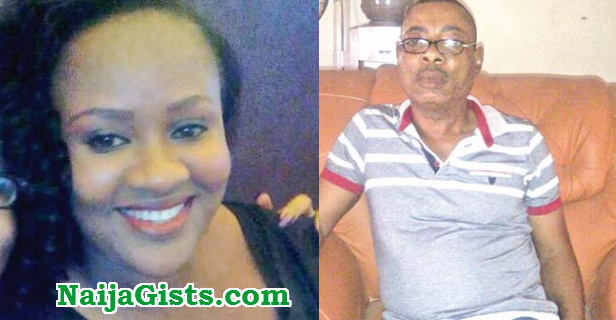 Just 11 months after the mysterious death of Lagos-based businesswoman, Ifeoma Ifewulu, her husband has also died.

Despite that facts had emerged on the demise of mother of four kids in broad day light, her hus­band  Chief Law­rence Ugochuk­wu Ifewulu died on Friday, October 30. The controversy behind the death in the family of the Ifewulus remains what may have left all with a rhetor­ical questioning — Who killed Ifeoma? How and why did Chief Ifewulu die almost a year after the controversial death of his beloved wife?

As if Christmas seasons are meant to be horrible and dark moments for them, the four bereaved children of the late cou­ple – Chidera, Ugochuchukwu, Mesioma and Onyinyechi – are still counting the irreparable loss of their parents.

A lady who simply introduced herself as a niece to late Chief Ifewulu, told our correspondent that Ifewulu died as a result of acute diabetes and hypertension.

“He was sick and you know he has been diabetic and hyperten­sive. A week before his death, his sugar level rose to 300mg while his BP rose to about 180 mg. When we rushed him to the hospital, doctors tried to control the BP and sugar level but they couldn’t and that was how we decided to rush him to another hospital but he died on the way.

She also revealed that late Ifewulu had been sick since he married Ifeoma, and his health condition aggravated when his wife died.

The four children of the deceased are reportedly at present in the custody of a relation, Ngo­zi, while the wake keep has been slated for December 3, 2015 and his burial for January 7-9, 2016.