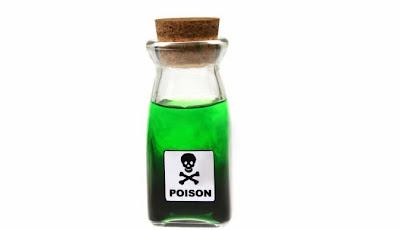 Ondo state police officials have arrested one Damilare Olotu, a bricklayer by profession who allegedly killed his wife through food poisoning.

The 47-year-old Ondo indigene allegedly poisoned his 45-year-old wife identified as Mary, a trader from Kwara state over her inability to conceive.

We learnt the suspect married a 2nd wife identified as Kemi who hails from Igbara Oke in Ondo state and she bore him 2 children.

The suspect who is from Akure used to live with the deceased in Ibuji, Ifedore LGA of Ondo.

It was alleged that the second wife reportedly insisted on packing into the suspect’s house but the deceased resisted.

The junior brother to the deceased, Mr. Lawrence Omotosho, told newsmen that the suspect and the second wife connived to poison his sister.

According to him, the sister had told him that the suspect had threatened to kill her. Omotosho asked the police to investigate the matter thoroughly and bring the culprit to book.

Also the only child of the deceased from her former marriage, Shola Olatunji who is an undergraduate in Kogi State said the family of her late mother warned her not to re-marry but she refused.

Contacted, the police image maker, Wole Ogodo, said investigation into Mary’s death was on-going, noting that the case has been transferred from Igbara Oke to the headquarters in Akure for further investigation.

The corpse of the deceased woman has been transferred to a local mortuary for autopsy.

What a wicked world! May her soul rest in perfect peace.