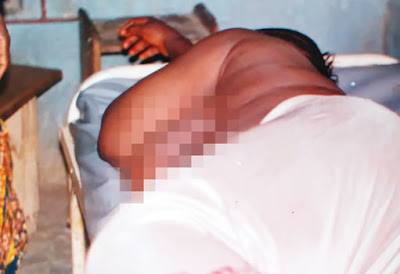 A couple based in Ile Ife has been handed life sentence for a murder case dated back to 2009.

Today, Justice Adedotun Onibokun of Osun High Court in Ile Ife found one Fatai and Lateefat Jimoh guilty of 3-count charge of murder, conspiracy and armed robbery for allegedly smashing Ibadan-born palm oil seller, Bukola Taiwo’s head with a sledge hammer before robbing her in her rented room at Ikeketu village in Ife South LGA of Osun State on the 12th of August 2009.

The partners in crime later stole the deceased wallet containing the sum of N48,780.

In his judgement today, Onibokun sentenced Fatai Jimoh and his wife, Lateefah to death by hanging for the murder of Bukola Taiwo.