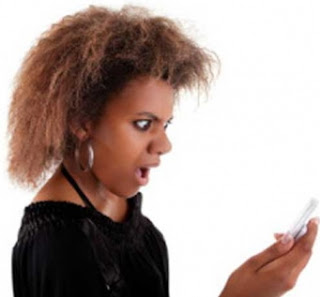 Oct 17, 2016 – What Did I Do To Get This Treatment From My Husband – Heartbroken Wife Cries Out

My husband has been sending sexual texting with ex-girlfriend. And I am embarrassed to say that this is not the first time.

He had a text relationship with this very same woman over five years ago, a mere 30 days after we got married. It was graphic and sexual in nature. He used to date her before me. He swore it was just texting and they hadn’t slept together since they broke up a year before we got together.

I believed him and forgave him. We moved out of that town and worked on rebuilding trust. Two weeks ago, I woke up at 5:30 this morning in a panic. I had this sinking feeling like I needed to check his phone. When I did, I found very graphic texts messages to the same woman. This time, he’s telling her that he’s now single and ready to mingle and no longer in a relationship with that boring woman, (me). I woke him up and told him to leave.

He acted like he had no idea what was going on. I showed him the texts. He said nothing. Not one word. He’s gone for three weeks now without even apologizing for his actions and I feel heartbroken. What did I do to get this treatment from the man I married?

My Boyfriend Has Sickle Cell Anemia Disease, I’m AA…What Should I Do?
I’m Pregnant With His Baby But I Don’t Love Him – Confused Woman Laments