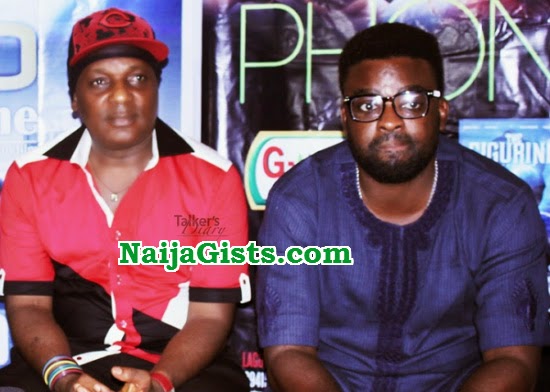 “I Have The List Of All Movie Pirates In Nigeria, They’re All Igbos” – Kunle Afolayan’s Marketer Blasts Fellow Ndigbo

Kunle Afolayan’s movie distributor and marketer, Gabosky has opened up on the ongoing war against movie piracy in Nigeria.

Gabosky, an Igbo man took a swipe at his people selling pirated movies in Alaba International market and throughout Nigeria.

The popular movie marketer who is also an Igbo man said his people are solely responsible for movie piracy in Nigeria.

Hear what he said in a recent interview;

‘When I went in to fight this group in Alaba, we had a fight that lasted for two hours. I am telling you that when I went into Ubakason Plaza and Obosi Plaza; the den of these pirates, 99 per cent of the people that are trading there are Igbos so I don’t know why you just want to take criminality and start joining it with politics.

“I am bitter. I am frustrated. Kunle Afolayan is also bitter and frustrated. Kunle is like somebody whose wife has been slept with by somebody else and you find out that the man who slept with his wife has a tribe and he is complaining about what the tribe did to him and you are now asking him why he is mentioning a tribe. Continue…

Nobody is addressing the fact that this man borrowed over N150 million to shoot a film and has not gotten a Naira back and he is showcasing his frustration; telling everybody; ‘Look at what I am facing’ yet nobody is asking him about his pains or the challenges he is faced with. Let me tell you what he is facing – Kunle Afolayan shot a movie and gave the movie to an Igbo man called Gabosky who owns G Media to distribute. The man produced the movie and brought it into the market. I came back to him and told him what I was facing; that the movie was being pirated and that I needed to find out what was going on.

I went round the country because I have outlets in all the states and found out that the movies were being pirated and I began compiling names and I can tell you that the names I compiled did not have the name of a single Yoruba man in it. They are all Igbos and I have the list.”