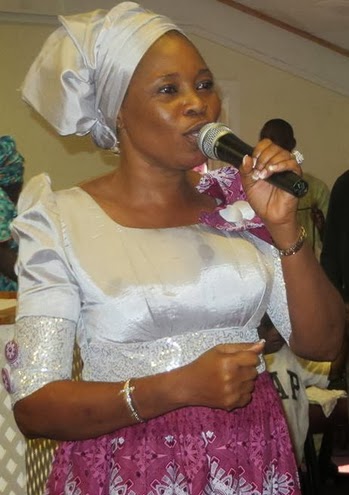 THIS is one revelation that will definitely shock fans and critics of popular gospel singer, Tope Alabi.

Surprisingly, the singer, who for many years had been associated with the late Pastor Iretiola Ajanuku, recently denied being a member of the Christ Revival Victory Church, Ipaja.

The church was founded by the late Ajanaku, who was supposedly her spiritual father, as she sang his praises in almost all her albums.

While the fair-complexioned singer was responding to a question in an interview with a national newspaper that she stopped attending Ajanaku’s church on allegation of sexual harassment that resulted in a bitter feud, she said, “Actually, I was never a member of his church, but people don’t know this. I am just a woman who loves to help ministries. I go to the church and give money, not small money. I could work for six months and I would take my tithe to him, just to bless his ministry. I do that in other ministries too. I minister in churches without collecting money. I know what I have passed through. I know where I am coming from.

“The first day I ministered in his church, he gave me money, but I didn’t collect it. I never collected money from him in my life, but I have donated millions to his church and so many other churches. I have so many people living in my house that I don’t even know their parents; and I just help them. I pay their fees. My husband helps the widows; we donate to orphanages. We just want to help.”