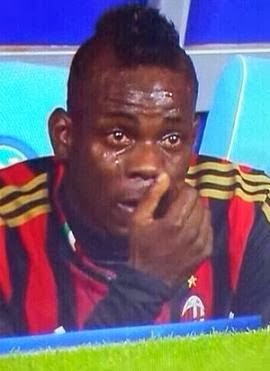 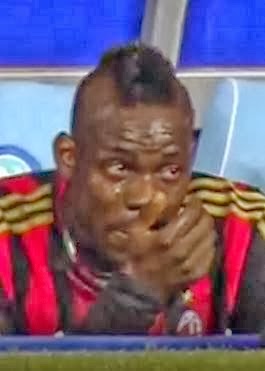 Did anyone watch the football game between AC Milan & Napoli on Saturday night?….I didn’t but the latest gist in town is that the popular striker broke down crying over racial chants he got from Napoli fans.

Mario Balotelli practically broke down in tears on the AC Milan bench hiding his face behind his jacket after he was substituted 15 minutes to the end of the football game. 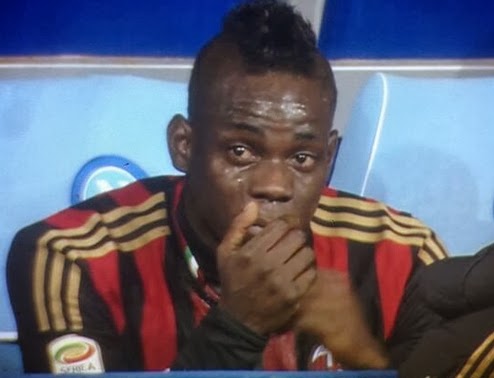 When he finally removed his jacket from his face, camera caught a flood of tears flowing down his face. 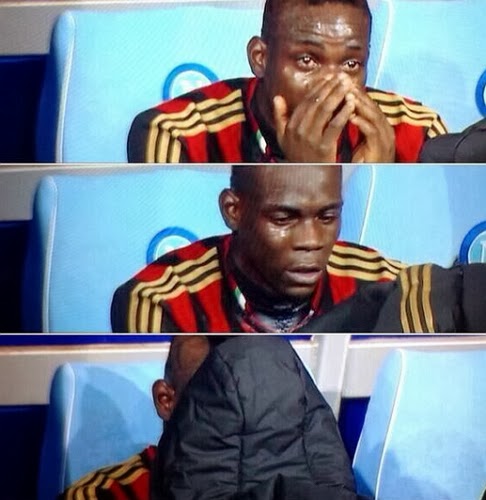 His fans said the striker got emotional when Napoli fans chanted racial slurs at him.

Hear what his manager, Clarence Seedorf said when contacted about the issue:

“We are players and there are times when we express ourselves that way. I see nothing wrong or abnormal in that. I experienced it at times too.

He too needs to grow in general. He played very well against Cagliari, while tonight perhaps didn’t make the most of the space. These are things we can all improve on and I’m happy he has so many areas to improve, as I can help him through that education.”

Watch Mario Balotelli crying in the video below: