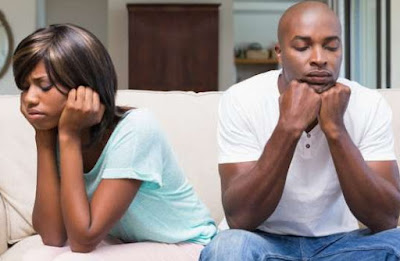 “My husband is irresponsible; he has turned me into a punching bag, I am no longer interested in the union,’’ a 30-year-old housewife, Mariam Akeem, told a Lagos court on Thursday.
“I want the loveless marriage dissolved,’’ she pleaded with an Agege Customary Court.

Mariam, a mother of one, who resides at Abule-Egba, a Lagos suburb, said she regretted marrying Iyanu Moses, a 36-year-old businessman, for seven years.

She said she had not studied her husband well before she discovered that she was pregnant.
“I want us to go our separate ways and l want him to take full responsibility for our child’s education.
“My husband is troublesome and he constantly beats me over minor issues.’’
The petitioner’s mother, Mrs Doris Akeem, who was present in the court, said the respondent had been very troublesome.
“l tried to stop the relationship until my daughter became pregnant for him.’’

Iyanu, however, denied the allegations, accusing the wife of infidelity.
He pleaded with the court not to dissolve the marriage, saying “I am still in love with my wife.’’

Mr Philip Williams, the court’s President, advised the estranged couple especially the petitioner to be submissive and warned the husband not to lift his hand against his wife again.
He adjourned the case to Nov. 24 for a possible mediation and reconciliation.