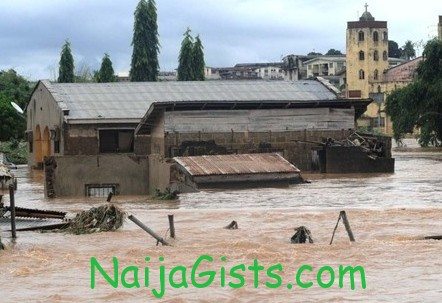 The ancient city of Ibadan, Oyo State Nigeria has been hit with yet another rainfall that caused severe flooding in several part of the city on Wednesday Sept 19, 2012. naijagists.com

Several rivers were reported to have overflowed their banks causing severe damages in major roads under water.

Many businesses were affected as well, the worst hit being a popular college in Akobo off Bashorun Estate around Olopomeji bus stop (Livingstone College).

Several houses in Iwo road, Bodija, Bashorun, Akobi and Ashi were evacuated because of severe flooding.

A newly constructed bridge off Anifalaje area of Akobo was washed away by the flood.

Several residents who could not get a means of transport were forced to trek home.(Article By Gbenga O.)