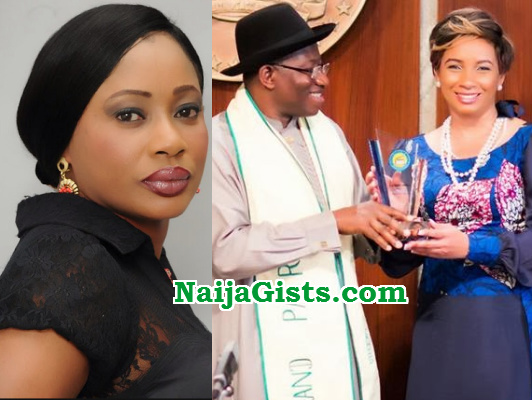 In a recent chat with Lanre Odukoya, veteran Nollywood actress Clarion Chukwurah opens up on the ongoing power tussle in the Actors Guilds of Nigeria and how the immediate past President enabled sacked AGN President Ibinabo Fiberesima to bastardize the guild.

A few months ago, you asked that the president of the Actors’ Guild of Nigeria, Ibinabo Fiberisima, should relinquish her position and shortly after, Emeka Ike dragged her to court over the affair. Today, Emeka claims to be the guild’s acting president. What do you make of all of these?

I will answer with the name of Chinua Achebe’s book, Things Fall Apart. When things fall apart, the centre can no longer hold. Former president, Goodluck Jonathan, gave Ibinabo Fiberisima the support to bastardise the guild and that has happened. And it’s going to take the overhauling of the guild’s foundation to make things right. Everything from the board of trustees, the executives at state and national level has already been compromised.

They’re in court already, but if Emeka Ike is favoured to be the guild’s president, would that change anything?

I said the very fabric of the guild has been compromised. It would take laying a new foundation and it’s the best that can happen to the guild. Ibinabo Fiberisima cannot do that because she’s the symbol of the bastardization of the guild. Emeka Ike from all intent and purposes, I think he has a plan but it’s beyond having a plan as an individual.

The industry needs a single guild for the entire film industry. I wanted to become the president of the actors’ guild because I wanted to go into consultation with those who call themselves Kannywood (from the north), Association of National Theatre Practitioners (from the southwest) and other factions. The only way the industry can move forward is if the guild is run like in the countries where the idea was borrowed from. The guild arrangement isn’t Nigeria’s original idea, Nollywood borrowed it from the United Kingdom and the United States of America.

The UK has a stage actors’ guild and a screen actors’ guild. The same thing obtains in the USA. Here in Nigeria, just one guild is representing both the screen and the stage actors’ guild. Until things are done the way they should be done, there will continue to be squabble whether Emeka Ike becomes president or Ibinabo Fiberisima uses whatever connection she has to win the case.