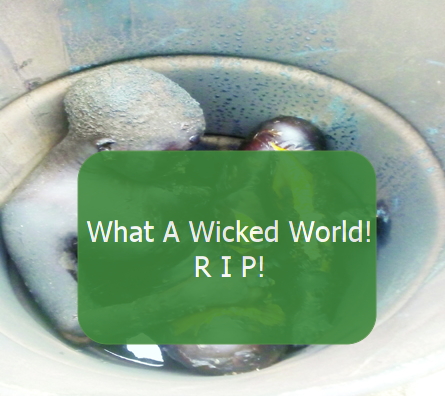 Residents of Oke–Ison Street, Oke-Efon, Abeokuta are still in shock after sighting,on Thursday July 30, 2015, the body of an unidentified lady in a plastic container filled with water.

The body had apparently been dumped in the plastic container in the wee hours of the day.

The state of the body suggested that it was set on fire before it was abandoned.

The residents rained curses on the perpetrators of the dastard act.

“This incident is absolutely strange,” she told The Nation as she recalled what she saw.

“I sighted the body at about 6.54 am when I noticed that the container had been moved from where I placed it to another spot,” she said.

“I became curious and decided to open the container only to discover the girl’s body and I quickly alerted my husband as well as neighbours about it.

“The perpetrators must have strangled the girl before setting fire to her body in order to cover their tracks. One can only hope that police would fish out those behind this incident.”

A team of police investigators later visited the scene and evacuated the body to the mortuary.

Cultists are said to have turned the community into their den and have been unleashing terror on their perceived opponents. A resident who asked not to be mentioned said: “Without prejudice to the outcome of investigation being carried out by the police, I strongly believe the victim was killed and dumped here by cultists who have invaded our community.

“Only recently, a human head was discovered in a bush which the cultists have been using to carry out abominable acts. We are therefore urging the Ogun State government to rescue us from the grip of these blood-thirsty youths.”

[Reported By Kunle Akinriade, The Nation]