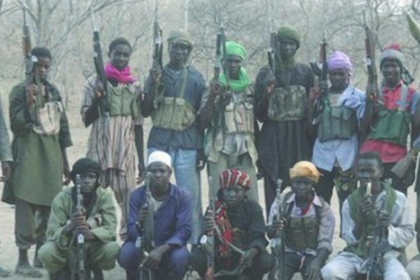 At least 8 suspected Boko Haram fighters lay down their weapon yesterday after they were caught by a vigilante group in Borno.

According to the Chairman of Civilian JTF in Borno, the 8 hungry-looking Jihadists said they were fed up with the violent campaigns of the militia and as such allegedly resolved to quit.

‘’We arrested eight Boko Haram members at Mussa around 4pm on Thursday. When we interrogated them, they said they were tired, they don’t want to fight Jihads again and we handed them over to the military in Mubi, Adamawa State for more information,”.

He said 6 of the terrorists hailed from Gwoza, a Boko Haram stronghold.