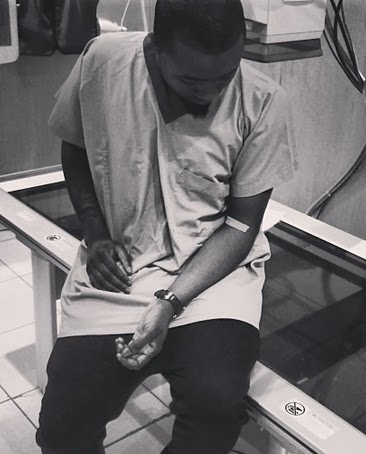 A close source to the rapper said he was admitted to a medical facility in Lagos recently.

Ice Prince also broke the news on Twitter yesterday when he asked fans and supporters to remember him in their prayers.

“Somebody pray for me. Amen,” said Ice Prince

In order to stop the story from further circulating, his manager said Ice Prince was hospitalized due to severe stress he got from frequent travelling for concerts.

Ice Prince’s manager Tobi Sanni Daniel said there is no need to worry because the rapper has been discharged.

Due to high blood pressure detected by doctors, Ice Prince has been advised to take a lot of rest.

“He is currently recovering at home.” – said his manager.

Last year, Ice Prince became more popular after winning BET award for best international act and since then, he has been very busy.

The singer took to Twitter few hours ago to appreciate fans for their support.

“Thank You all for your prayers!!” – the rapper said

Skales Signed To Timaya’s Record Label, Dem Mama
Punch Reporters Insult Tiwa Savage Over Police Arrest “She Was A Nobody In d UK”