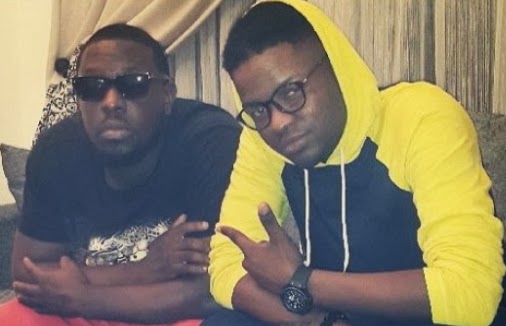 According to entertainment insiders, Timaya is currently sheltering Skales at his mansion in Lekki Lagos after his contract expiration with Banky W’s EME (Empire Mates Entertainment).

Contrary to widely reported cases in the music industry, Skales’ exit from the label was not characterised by any drama.

After his exit form EME, Skales planned to establish his own record label called M.et.al but due to financial constraints, he has put the plan on hold.

Skales is a 20-year-old rapper, songwriter and performer. His journey into music began in 2000, when he started writing his songs and honing his rap skill in Kaduna, where he grew up.

Between 2007 and 2008, he travelled to Jos, so he could work with two of Nigeria’s finest producers, Jeremiah Gyang and Jesse Jagz.

He came into limelight in 2008 after winning Zain Tru Search competition after which he moved to Lagos state.

Skales’s 1st single, Must Shine, enjoyed good airplay in early 2009 and made it to the Rhythm FM’s Top 7 Jamz in Lagos, for some weeks.