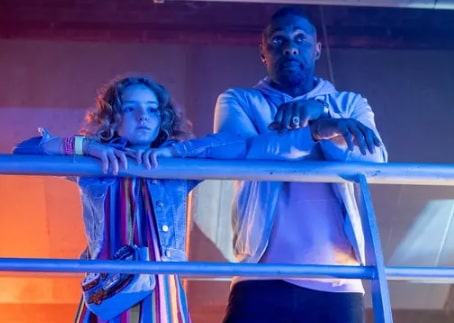 NAN reports that the series, which recently premiered on Netflix, follows Charlie, who is 20 years past his lone hit and too ashamed to tell his parents back in Nigeria that he’s a failure.

Charlie is given a final chance at success when he reluctantly becomes a nanny to his famous best friend’s problem-child daughter.

Throughout the series, Charlie’s parents are back home in Nigeria, so he lives with his old-school aunt, Lydia, who has no tolerance for him and his antics.

NAN reports that Oyeniran wrote episode five of ‘Turn Up Charlie,’ which was directed by Matt Lipsey.

This is not the first time Elba, who is also a DJ and rapper, is taking on an African character. He starred as Nelson Mandela in Mandela: Long Walk to Freedom in 2013.

He has been nominated four times for a Golden Globe Award for Best Actor – Miniseries or Television Film, winning one and was nominated five times for a Primetime Emmy Award.