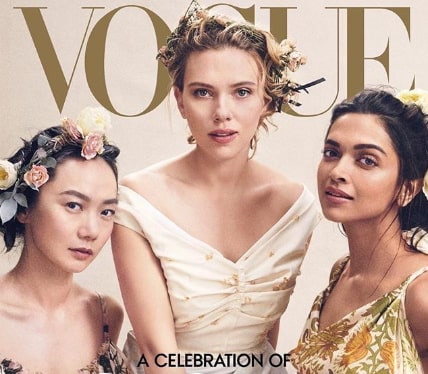 Just like Tosin Silverdam suggested in previous update, it seems Vogue Magazine is not that pleased with Adesua Etomi‘s odd look on the April edition of the Magazine.

Her image is no where to be found on the Asian cover of the Magazine.

Even though the magazine mentioned her name, her photo is no where to be found. 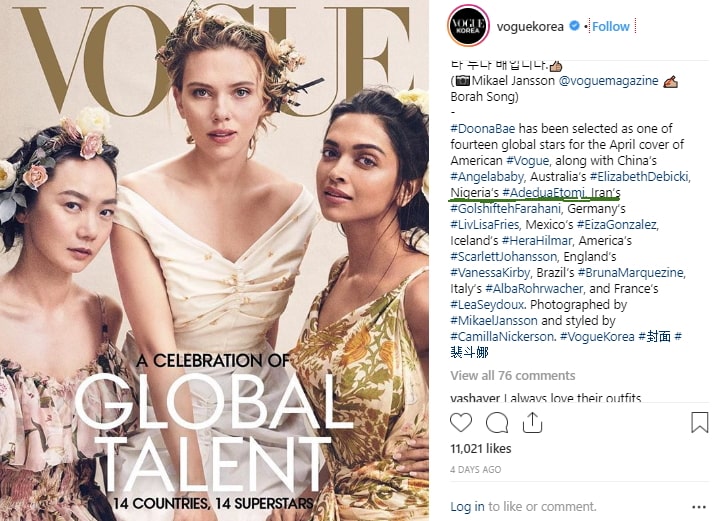 Why mention her name when you didn’t include her photo.