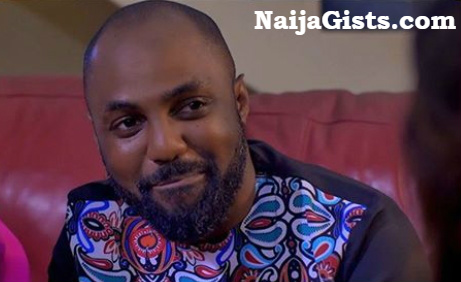 I am from Imo State and I am the last of five children. I am also the only son. I graduated from the Lagos State University, Lagos, with a degree in Computer Science. I also studied Fashion Designing at the Zaris Fashion and Style Academy. As a kid, I wasn’t really allowed to go out much because my parents were too protective of me and they didn’t want me to be influenced by bad kids. I went to school, came home, did my homework and stayed in the house. Being overly protected didn’t expose me to knowing some things I should have known growing up. Again, that doesn’t mean that they spared the rod whenever I erred. I dreaded being flogged.

My Parents Reaction To My Plan To Become A Actor

Because of how overprotective they were of me, they were a little sceptical about it but eventually, they realised that my talent was speaking for me and they let me go with my dream. Also, being well trained helped me maintain my humility and character and they are proud of me now, though my dad is late.

I was introduced to Emem Isong’s Royal Arts Academy in 2011 and I enrolled as a student. There was a call for an audition while I was there and I went for it. I got a role to feature in a television series produced by Uduak Isong. Before then, I knew that I had the talent to be an actor because I was in the drama club in primary and secondary schools. It wasn’t difficult getting into the film industry and that’s not because I had connections but because I had the talent for it. After the series, I acted my first feature film titled, Lagos Cougars.

What did it feel like being on set for the first time?

It felt like heaven on earth; it was amazing. I thought I was in a dream and tried not to misbehave due to the rush of excitement that was flowing through me. I was star struck by some of the people I was on set with.

What have you learnt now that you wish you knew when you got into Nollywood?

I entered the industry without doing adequate research. It is one thing to have the talent to act and it’s another to learn about the craft. When I got in, I believed I’d have a smooth sail because I was a talented actor. But I fast realised that learning the craft is what actually keeps you going and rising in the film industry. It’s important to know that you mustn’t accept just any job because you want to act or be in a movie. Accept to play the role because it’s a good script and a good story. Back then, I would take on any script I got regardless of what the movie was about. Now, I know that it’s important to read the script properly before taking on just any job and that’s what I now do differently.

What were your fears getting into acting?

I was in acting school and it’s a completely different thing from when you are out there in the real world. There was a major fear of the unknown; not knowing how it’d be in the industry. I was afraid of failing and messing things up. There are certain directors who are tough and I just didn’t want to mess up the scenes and roles I was given. But again, these things are very normal. I also feared becoming a celebrity and being popular because of the expectations of people from me. I was never one who wanted my normal status to change because of popularity. When it indeed started happening, it felt weird but I had to get used to it.

What has been the most challenging role you’ve ever played?

I always want to put my best into every role but I believe that every role has been a challenge to me. Most times, when people say a role isn’t challenging, I’m tempted to ask if they put in their all and did their best. If you want to give your best to something, you must go the extra mile to defy the norm. However, the role I found most challenging in the real sense was one for Africa Magic Original Films directed by Pat Oghre-Imobhio, where I played a mute guy. I had to learn sign language in a day but it was made easier because someone came in from a sign language school to teach me.

What has your experience in Nollywood taught you?

I’ve learnt to be patient and very hard-working. A vital lesson I’ve learnt from the industry is that we all have our individual races to run. You cannot judge your performance based on another person’s own. You are not in a competition to outdo anyone. You are only in a competition with yourself to outdo your past. Learn from other actors, especially those who have been successful in their time.

Add a spice that only you have and be better than them. Learn from your mistakes and past failures. Failing is a part of success and you may have to get it wrong a few times to know how best and right it is done. It is not a problem to mess up sometimes. Try not to compare yourself with people and wish you were them because of how well they are doing in life. This only causes you self-injury. Nollywood is a school and there’s so much to learn. Finally, don’t be fooled by the glamorous life you see of people on social media or the tales you hear of people having it easy and great.