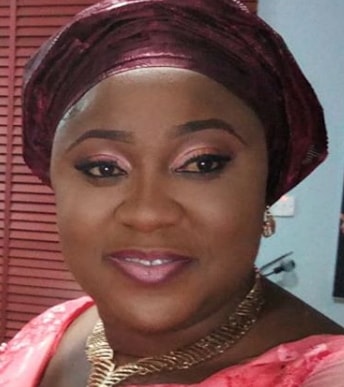 The actress who opened the floodgate of conversion to Islam in Nollywood few years ago has revealed how she recovered from a strange illness that almost took her life 4 years ago.

Meet Vivian Metchie, the one-time popular actress who converted to Islam after her husband left her in 2014.

The actress recently took to the social media to shower encomium on her fellow actress and devout Muslim Iyabo Ojo for coming to her rescue when she needed help the most.

According to her, almost all her so-called friends abandoned her and Iyabo Ojo was the one who came to her rescue.

See what she posted below. 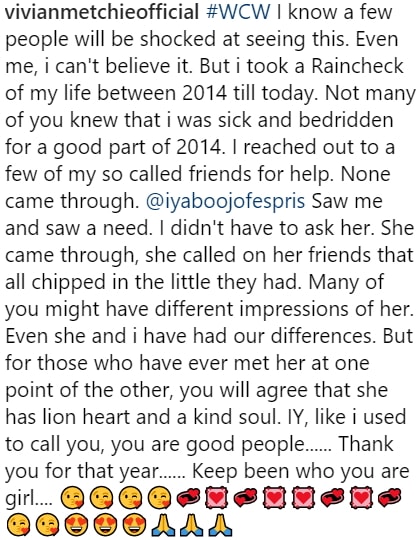 Shortly after she recovered from the illness induced by her marriage crash, the actress converted to Islam.

A quick check with 3 top Nollywood sources revealed that Vivian who was left shattered by the crash of her 11 year old marriage became uneasy with her circle of Christian friends after they refused to help her . She later developed intimate bond with her Muslim colleague, Iyabo Ojo, who eventually introduced her to Islam.

Shortly after her conversion, Vivian said she dumped Christianity because it was too confusing for her.

Her adopted Muslim name is Fareedah.