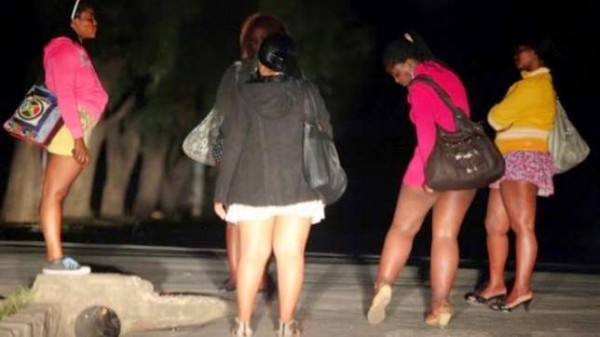 An Ikeja Magistrates’ Court in Lagos on Monday sentenced 30 women to six weeks imprisonment for prostitution.

The accused were being tried for prostitution and breach of peace.
The Magistrate, Mrs O. Odusanya sentenced the accused to six weeks each with an option of N10, 000.

“You are hereby sentenced to six weeks imprisonment with an option of N10, 000 fine each,” she said.
The accused, during their arraignment on Monday pleaded guilty to the offence, attributing it to the handiwork of the devil.

The accused, whose ages and residential addresses were not given, were arrested at Obalenda area of Lagos at 2 a.m.

The prosecutor, Insp. Femi Alabi told the court that the accused committed the offence on Sept. 5, at Obalende area of Lagos.

He said that the accused paraded themselves on the street as public nuisance. “The accused were caught soliciting for clients, which is against the law of the state,” he said.

According to the prosecutor, the offence contravened Sections 142 of the Criminal Laws of Lagos State, 2011.