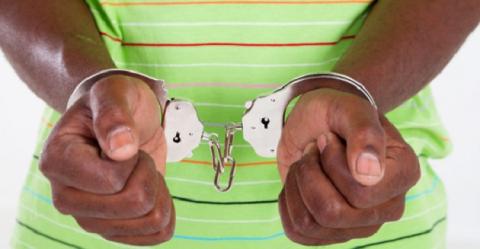 Lagos Police Commissioner Fatai Owoseni has ordered the arrest of a DPO attached to Igbogbo Police station in Ikorodu Lagos for alleging aiding the escape of a suspect from police custody.

It was gathered that the CP invited prison escapee Waidi Kabiru’s family and the DPO for a meeting at the state police command headquarters, Ikeja, penultimate Saturday, where he gave the directive.

Prior to the meeting, the parents – Karimat Adebanbi and Bisiriyu Kabiru – had accused the police of being indifferent to the whereabouts of their son, despite a petition sent to the CP.

The unidentified DPO has been detained at SCID in Yaba for failing to account for the whereabouts of Waidi Kabiru, who was abducted from the station about a month ago.

Photo: Nigerian Girl Who Accused Boyfriend Of Rape Confesses “I Lied To Get Him In Trouble”
Photos: Nigerian Soldiers Invade Hospital, Seize Dead Bodies Of Victims Of Onitsha Shooting