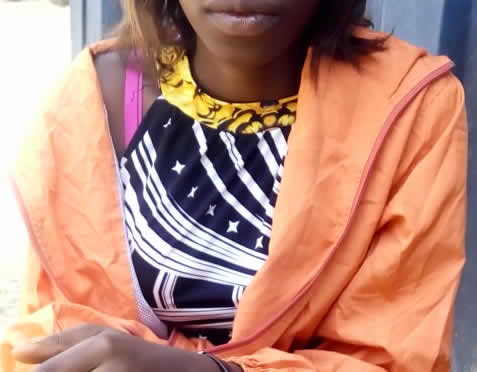 December 21, 2015 – Picture: Nigerian Girl Who Accused Boyfriend Of Rape Confesses “I Lied To Get Him In Trouble”

Pictured above is Gbemisola a Lagos-based 19-year-old caterer who recently accused her boyfriend of rape.

As we speak, Gbemisola has confessed. Hear what she told Police officials at Ketu Police Division over the weekend.

“He didn’t rape me, but I gave in because he begged, saying it had been long since he did it.”
“I discovered he never loved me and merely wanted to use and dump me.

“When he asked me to come to his house again, I refused and asked him to do his worst. He then asked me to log in to Whatsapp. Immediately I did, I saw that he had made my nude photos his Display Picture (DP). He also sent them to me, as well”.

A few days later, I was on the road when Kunle saw me and started mocking me. I almost committed suicide,”

“I lied against him to punish him for what he did. I threw away his phone into the well because he claimed to have evidence. I wanted to destroy him completely.

“But seeing how far this case has gone, I want to forgive him. We are from the same Ondo State and our parents are friends.”