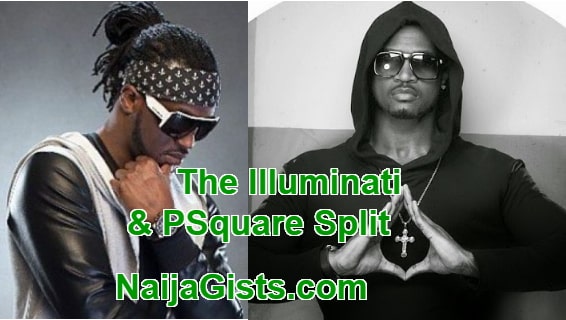 Is Paul Okoye A Cultist

Paul Okoye is the twin of Peter Okoye formerly part of the music duo P. Square. With this star, there is hardly any proof of him belonging to any cult group local or international.

Peter Okoye is currently known as Mr. P and the brother of the previously mentioned artiste Paul Okoye.

Peter Okoye is not known to be a cultist and is yet to display any such signs.

Earlier in his career when the P. Square duo was still a team, Peter Okoye responded to an accusation of belonging to a cult group.

Probably due to the success of the group in music; there were rumors in circulations that they were members of the Illuminati.

And they had allegedly sold their souls to the devil in exchange for the money and fame they had.

Peter Okoye took to social media at the time of this rumor to deny any such involvement with the cult group.

He attributed their success to God and hard work.

PSquare Split And The Illuminati Involvement

The source who doesn’t want to mention the identity of a member of the Illuminati among the duo alleged that one of the brothers quit his membership of the Illuminati shortly after wedding while the other refused to leave.

This we learnt caused the final separation of PSquare music group.

Trained Doctor & Actress Kiki Omeili: A Case Study Of Supremacy Of Passion Over Certificate
Nigerian Pastor Who Faked His Own Kidnap To Get N5Million Ransom Arrested