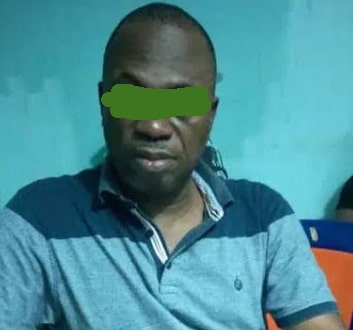 Nigerian Pastor Who Faked His Own Kidnap For N5Million Ransom Arrested

The operatives of Kaduna Police Command have arrested Pastor James Clement who was said to have staged his own kidnap and demanded a N5 million ransom.

Clement was reportedly arrested with his alleged accomplice, George Otokpa, who served as the negotiator between him and his family.

The Command’s spokesman DSP Yakubu Sabo said in a statement that 39-year-old Clement and Otokpa,

“on 27th January, 2020, at about 1917 hours”, were arrested by operatives of the command’s anti-kidnapping unit for allegedly conspiring and faking Clement’s kidnap.

The command said they demanded a N5 million ransom from Clement’s family through text messages using Otokpa as the negotiator.

Sabo said their arrest followed a report by two members of the family of the fake kidnap. Sabo said Clement was tracked and arrested at a hideout where he hid himself while ransom negotiations continued with his family.