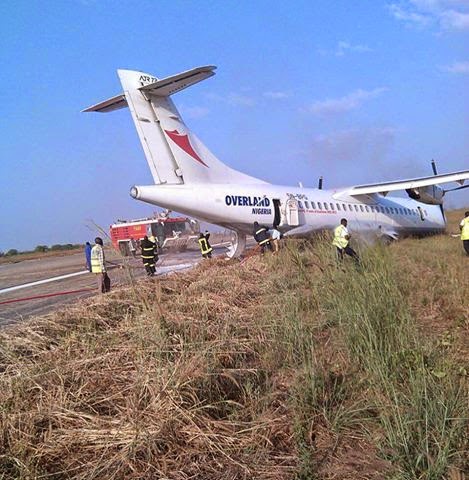 40 passengers of a commercial plane survived death today in Ilorin the capital city of Kwara State.

Former Ilorin University VC, and House of Rep. member Ali Dodo as well as Professor Oloyede Ishaq were few of the passengers who survived the crash.

According to NAN, the crash happened around 4:35pm on Saturday.

The plane was said to be heading to Lagos when it crash-landed due to faulty front tyres.