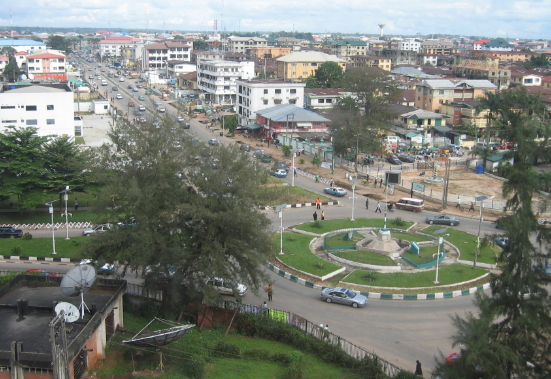 An audio recording circulating on various online platforms has alerted residents of Owerri, the Imo State capital of a planned terror attack on some locations in the city between the end of July and first week of August.

The recording which was obtained by our correspondent listed specific locations to be attacked with a warning that bombs already planted in these areas will soon go off. Locations marked for attack as mentioned in the recording include World Banks Road, Ama Hausa, Relief Market and Douglas Road. In the message, it was alleged that arms are being stockpiled in the mosque beside the Imo Government House.

Residents were also urged to rise up in protest and demand police search on the mosque. It was gathered that residents within and outside the state were already sending the voice recording to their loved ones to alert them. Reacting to the issue, Imo State Governor, Owelle Rochas Okorocha, through his spokesman, said the audio message was politically motivated.

Similarly, the media aide to the APC Candidate in Thursday’s make-up Senatorial Election in Imo North, Mr. Emeka Ahaneku, dismissed the recording, describing it as a ploy by the opposition to distract and keep the police busy while they rig the supplementary poll.

The Imo State police command, said it was leaving nothing to chance just it refused to confirm that the threat is politically motivated until it had substantial proof to that effect. Police spokesman in the state, DSP Andrew Enwerem, while describing the initiator of the recording as a ‘faceless whistle blower’, said “based on the information, the Commissioner of Police, Taiwo Lakanu, has directed that security be beefed up around the state.

The CP has deployed both overt and covert operatives while the Bomb Disposal Unit has been directed to sweep the aforementioned areas to avert any breakdown of law and order.” He urged the general public to go about their lawful businesses without panic, assuring that security agencies were already doing everything possible to identify the faceless whistle blower.