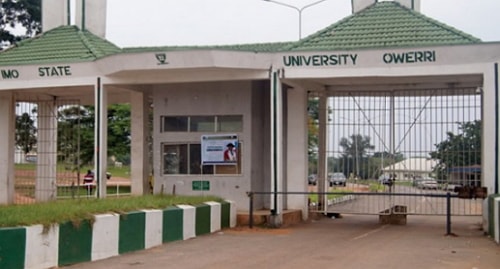 At least 4 students of Imo State University (IMSU)died in Owerri on Saturday during a bloody clash between two rival cult groups.

The bloody clash which caused tension in the capital city happened between members of the dreaded Aiye and Bagger cults.

According to eyewitnesses, the clash which started at Delight Hostel in front of Imo State University main gate lasted for two hours

It took the intervention of Imo State Police Command Anti Cultism Unit to restore normalcy on the campus.

A Police source said the main suspects have been arrested.