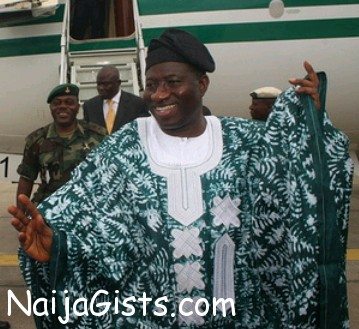 First, a caveat: I agree with Reuben Abati. President Jonathan “is a grossly misunderstood President”. naijagists.com

It is understandable though if the shoeless and homeless mass of our people who voted for him last year expect a lot from him. That is the least they should expect from a man who claimed he was once like them, but whose presidency has become a nightmare for the majority of Nigerians. Having said that, I must also note that I seriously want to “wean” myself from criticizing President Jonathan and his administration and I shall explain why.

Sometime last year, I had predicted that considering the bumbling character of his presidency, President Jonathan may well be Nigeria’s last president. A few months ago, I did a piece titled “2015 and all that Jazz” which sought to address those I thought were fixated on 2015 to the detriment of the fundamental challenges facing our nation. After the piece appeared in the papers, a friend and former colleague, an assistant professor at an American university, sent me this thoughtful response:

“I found your Guardian piece illuminating as usual. Allow me to disagree with you on one of the finer points in an otherwise very thoughtful piece, which is about what our collective attitude towards GEJ and his administration should be. You are right indeed that we need to be more attentive to substantive issues like our steadily eroding federalism, and the creeping loss of basic secular guarantees in the constitution. I don’t know of any right thinking Nigerian who will dispute that.

“But I disagree with you that GEJ himself ought to be ignored because, as you argue, he is merely a transitional figure. There are at least two problems with this. One is that GEJ hardly sees himself as a transitional figure. He may have all the bumbling rhetoric of one, but his performances and politics are those of someone who actively yearns to be in power. Second, GEJ is our president right now, and for good or ill, his actions are determinative of our economic and political trajectories for the foreseeable future.

“These are two of the many reasons why GEJ, transitional or not, ought to be taken quite seriously and engaged with. He is the president of Nigeria at one of the most interesting conjunctures in the country’s history, yet there is nothing to give an assurance that he really understands the rudimentary of governance, apart from the kind of shallow and demeaning politicking that the Nigerian political class, emblemized by the PDP, has perfected.

“This is my cent’s worth. Rest assured that I do not hold GEJ responsible for all our country’s problems. That one needs to always enter that caveat these days is itself evidence of the depths to which public discourse in our country has fallen. My point is that since the man craves the office so much, the least that we can do is hold him accountable to its loftiest expectations.

“Congrats on a great piece.”

This was my reply: “Thanks for your mail and sorry for the late response. Been busy with the programme of tributes for our friend, Olaitan Oyerinde. Where do I start? I agree with you completely that Jonathan should be held to account. I was a bit concerned doing this piece that even the Jonathan people might construe it as “support” for them.

“I don’t have any problem with some of us who criticize Jonathan because we are sincere about our criticism. Where it gets a bit unnerving is when the criticism comes from those (and they are in the majority or better still they are more vocal) whose only interest is to take over from Jonathan. And it is to those people that the part of the piece you referenced is addressed.  By all means let’s criticize Jonathan (and he deserves all of it and more) because his government has been tragic to say the least.

“But at the same time, we shouldn’t fall into the trap of hoping that any of these charlatans who are getting ready for 2015 will do any better than Jonathan.  Our strategy, therefore, should be two fold. While we must hold Jonathan accountable as the president of the country, we shouldn’t lose sight of the fact that the structure of the country is flawed fundamentally. And until the restructuring takes place, for me, any government that emerges can only be transitional at best!

“Of course Jonathan doesn’t see himself as a transitional leader because 1) he does not understand his role in the current scheme of things, 2) he does not have the capacity or presence of mind to appreciate the enormity of the problems facing us, and 3) he and his cronies are too preoccupied with looting to want to give up and they are ready to drag us all down.

“My worry, therefore, is that if we get consumed in “chasing” Jonathan, we may all sadly end up abdicating the urgent task before us which is to save this country. Jonathan can’t save Nigeria and if we are not careful, it will disintegrate before our very eyes. When that happens, Jonathan and his Dame will jump into any of the numerous presidential jets to an undisclosed location.

“The other side of this argument which will buttress my point is the argument that the military should takeover. Some people (including those in civil society) have started making the call. As enticing as this appears (if it will get rid of all these rogue politicians), it does not help us in any way. I see it as a shortcut to arriving at the solution. Even though shortcuts can be useful sometimes, this particular shortcut is strewn with land mines. It simply means taking power from one rapacious group and handing it to another.  At the end of the day, we would have given up our rights to govern ourselves. I guess what I am saying is that we need to address the question of power! Thanks my brother for finding time to reflect on my piece. Let’s continue the discussion.”

That was four months ago. Nothing has changed. It seems to me that until we devise ways to frontally confront this rogue state called Nigeria and those who superintend it (for now President Jonathan), we will continually be derided as  “idle and idling, twittering, collective children of anger, distracted crowd of Facebook addicts, BBM-pinging soap opera gossips of Nigeria, who seem to be in competition to pull down President Goodluck Jonathan.”

Thank God for President Jonathan. His incompetence and incapacity has brought to the fore and further exacerbated the national question. There couldn’t be a better time to bring down this house — by any means necessary!