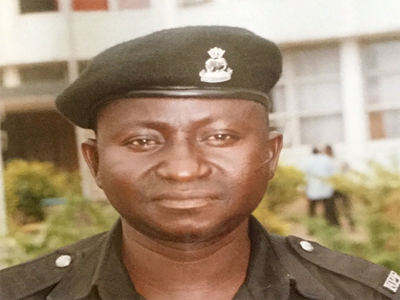 41-year-old Sunday Clement was a Sergeant with the Highway Patrol in Akinyele Police Division, Ibadan the Oyo State capital. He was one of the drivers in the unit.

His team went on duty on Ijaye/Iseyin Road on the eve of the New Year to wrap up the year when a commercial motorcyclist allegedly knocked him down while he was crossing the road. Within one-and-a-half hours of the accident, Sunday died, terminating the double joy awaiting him and his household last January 1.

He completed his promotion course last September and was promoted to the rank of an inspector. He was due to return on January 1st, 2016 as an inspector but sadly he didn’t make it.