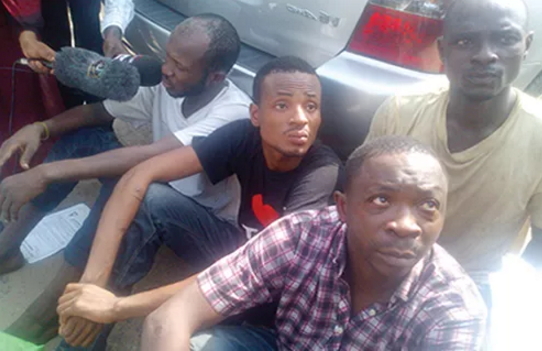 32-year-old Gbenga Olawale, the leader of a syndicate which specializes in printing fake documents in Lagos and Ogun State has been arrested.

The suspect and his gang members were picked up at 16 Kadara Street in Ebute Metta on the 1st of March 2016 following a tip off from the public.

These are the words of the gang leader, Mr Olawale at the Department of Criminal Intelligence and Investigation (DCII), Yaba, Lagos

“I make an average of N7, 000 every week. I also work as a spray painter. When I don’t have work, I’ll start printfake documents. I also print fake vehicle plate numbers and particulars.

I’m appealing to the police to release me. I went into this crime because I need to survive. I need to eat.”