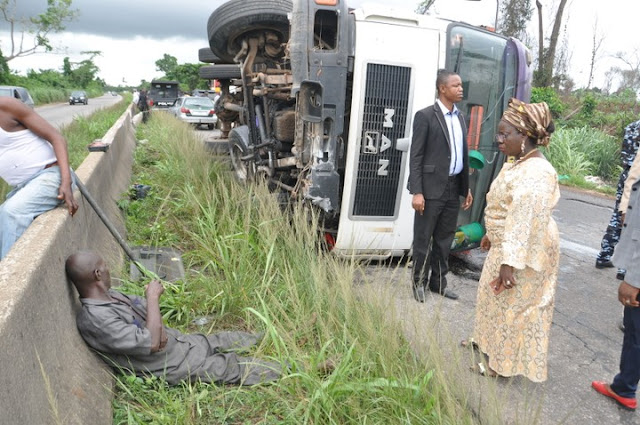 Chief Mrs Yetunde Onanuga, the Deputy governor of Ogun State yesterday stopped her convoy to rescue a truck driver ejected from his truck in a lone crash along the popular Ijebu Ode Sagamu road.

The truck driver was unconscious at that time but he was later revived in the hospital. She reportedly settled his hospital bill and left her contact number for the driver. 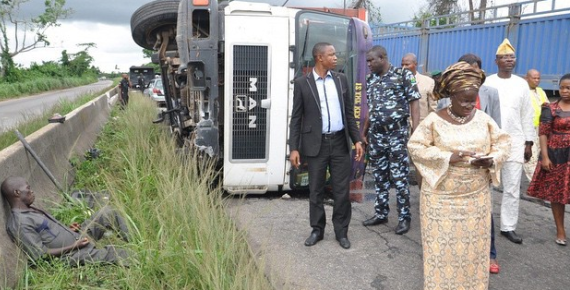 Kudos to her for showing genuine compassion.