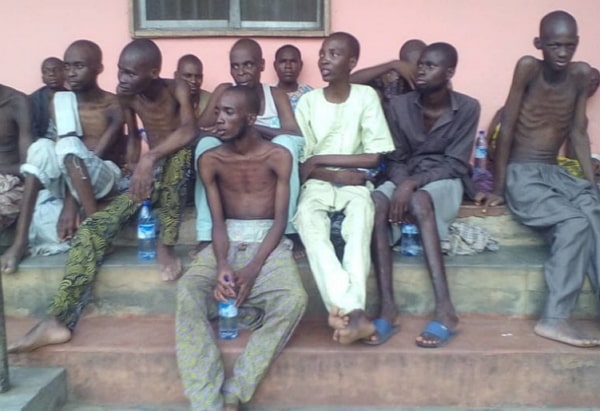 At least 259 have been evacuated from an illegal detention facility discovered by the Oyo state police command on Monday after a tip off.

5 suspects who are believed to be running the facility located at the Oloore Central Mosque, Ojoo axis of Ibadan, the Oyo state capital city have also been arrested by the police.

In an operation led by the Oyo state Commissioner of Police, Shina Olukola, the suspects were said to have claimed of possessing spiritual powers to cure disobedience and change the anti-social behaviours of people, especially youngsters.

Speaking on what led to the discovery, the CP told reporters that he got a hint from a 17year old boy who claimed to have escaped from one of the facilities located at Apata area of the state, but which had been evacuated before the police team got there. 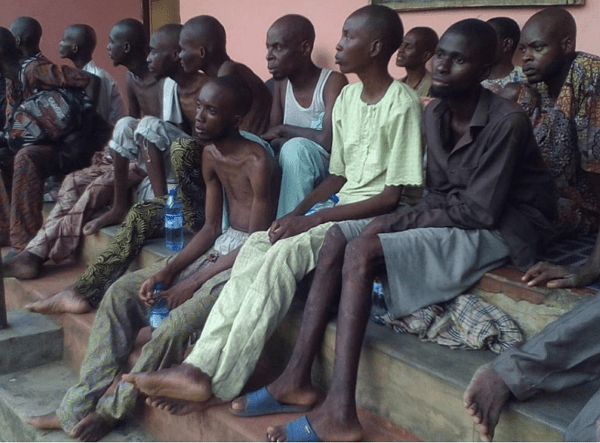 He added that the informant later told the police of the existence of another facility located at the Ojoo area, where hundreds of victims were rescued in an operation which lasted till late Monday evening.

The rescue operation was also witnessed by the state commissioner for Women Affairs and Social Inclusion, Mrs Faosat Sanni who represented the state government.

Olukolu said, “It is the responsibility of the Nigerian Police Force to protect lives and property. This morning, November 4, I received a call via a young man, who informed one of my divisional police officers that there is an illegal detention facility somewhere at Owode, Apata in Ibadan, being run by someone, who claimed to have the powers to be able to change the anti-social behaviours of youngsters and others. 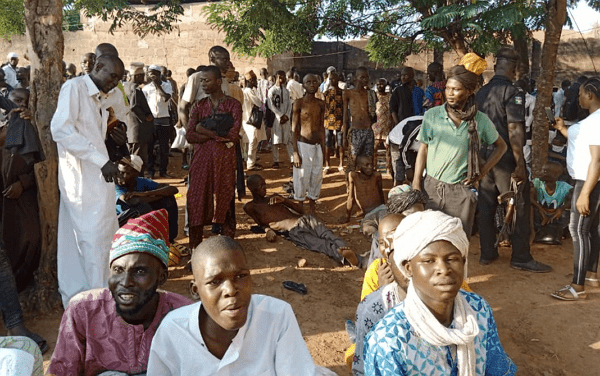 “On the basis of that information, the police decided check it out. We got to Owode, Apata. By the time we got there, they have evacuated that facility. But from the surroundings, we knew that there were people in that place earlier than the time we arrived.

“However, the young man informed the police that there is another detention facility and that is where we are now at Oloore, Ojoo area of Ibadan.

“Actually, when the police got here, we discovered that young men, young women are being kept in captivity in a dungeon-like situation. As a matter of fact, man’s inhumanity to man is being manifested in this environment. And we are not happy about the situation. 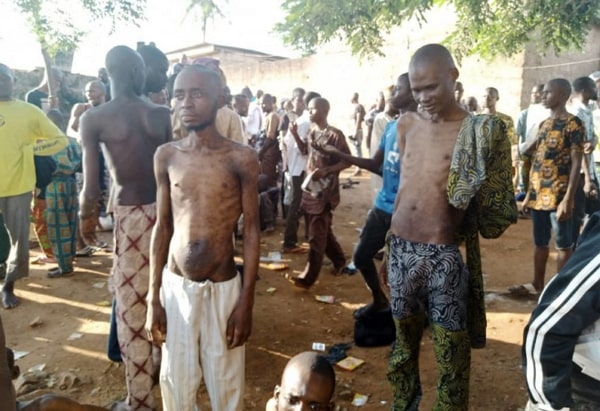 “So, we got across to the state government and state government officials are around. They are here with a view of ensuring that some of these young men that are kept against their will are liberated and allowed to be in a position where they can talk to themselves and take care of themselves.

“Definitely, this area will be secured and the police will be able to do further investigation, further search and anyone at all, who is found culpable will definitely be arrested, investigated and prosecuted diligently to serve as a warning to others, who may want to operate such houses that serve as illegal detention centres.”

Responding on behalf of the government, the state Commissioner for Women Affairs and Social Inclusion, Mrs Faosat Sanni said the government was alarmed on receiving the distress call of the existence of the facility in the state, adding that the government will take responsibilities for the medical treatment of the rescued victims and ensure that it gets to the root of the matter.

She said “Like you have rightly said, we got a distress call from our office, we came immediately and we saw everything. But be assured that the government is on top of the situation, we are making arrangement to evacuate some of them to the hospitals and some of them to our homes and you can see that there are different associations here that are given them first aid, food and water.

On what the government plans to do with the victims, especially on the involvement of the female detainees, Mrs Sanni said “I know, it is a very pathetic situation now, we cannot preempt now, but we will ensure that adequate care is given to the rescued victims, especially the children.

“The development is so saddening when we heard that some people, especially children are in detention and it was immediately that we responded. We must get first of all their numbers and we are taking them to the hospitals for better medical attention and free them from their present detention.”