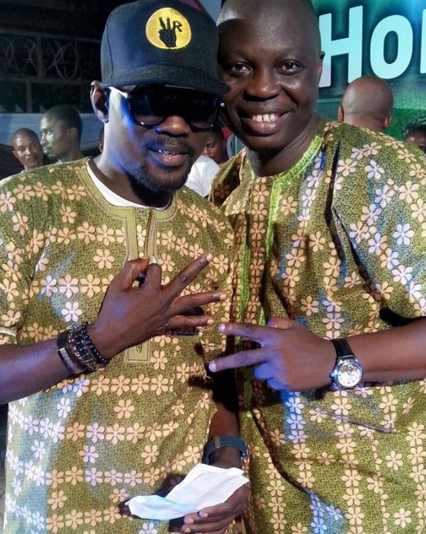 The two jolly friends were spotted at a comedy show in Ibadan around 2pm today.

It is unsure if the two will feature in Laffmattazz comedy show coming up tomorrow at the Jogor center along Liberty Stadium Road in Ibadan.

Will keep you updated on this.

Joke Silva: The Secret Of My Successful Marriage To Olu Jacobs
Nollywood Stars Panic As Spiritual Attack Kills 5 Actors In 2016