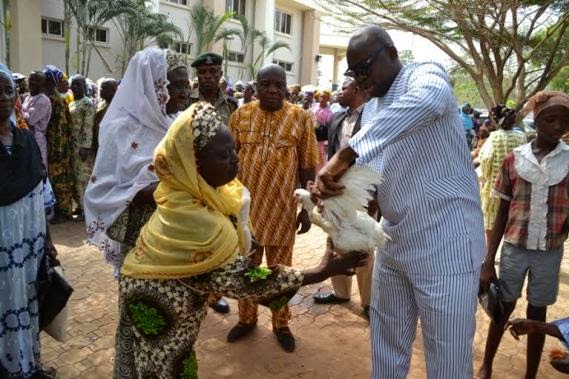 Few months after he used rice to woo their votes, Governor Ayo Fayose of Ekiti state has continued with his mandate to feed all the hungry people that voted him into office.

Before you take offence at the term ‘hungry’ in the headline, let me explain some things to you.

Ekiti people like other states has wealthy class of people, comfortable class and poor people.

According to a research carried out a week after Fayose won the election in Ekiti, we learnt that 80% of people living in the rural areas (villages) of the state got him the victory.

So he promised to take good care of them with his stomach infrastructure program which he is committed to.

A source who was at the place said many of them left the place disappointed because it wasn’t enough for the huge lineup of people who came to receive their Christmas gift.

See photos from the event that held at the State House yesterday and a day before below: 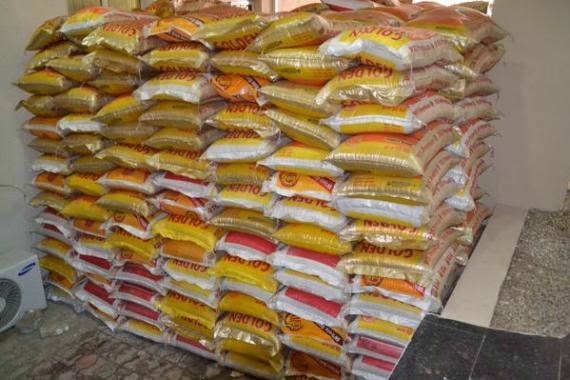 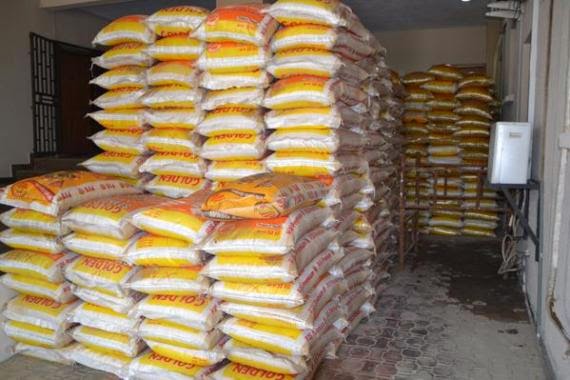 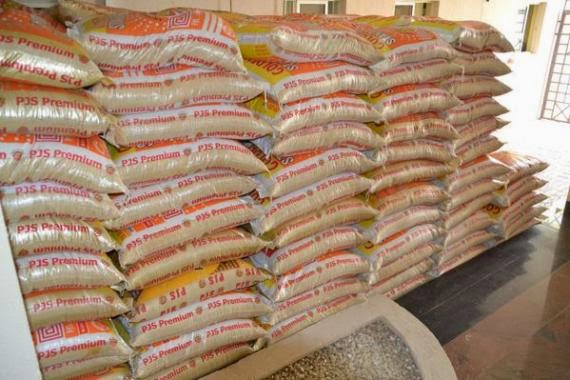