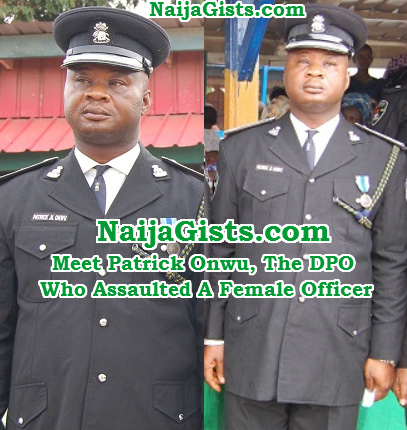 As earlier reported, meet the man behind the brutal attack on a female Traffic Inspector Anifat Bello in Abeokuta yesterday. 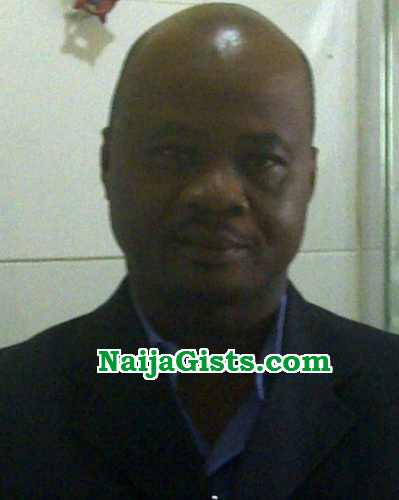 Those who saw the way Onwu descended on Anifat Bello marveled at the way he brutalised Mrs Bello who was later rushed to the hospital by sympathizers.

Anifat Bello got into trouble after she allegedly flagged down Onwu’s car for disobeying traffic rules.

In order to teach her a lesson, Onwu parked at NNPC petrol station, changed to his official uniform, drove back to the spot where Bello stopped him and gave her several slaps.

As if that wasn’t enough, Onwu went into his car, brought out a belt and whipped Bello to a coma.

According to NaijaGists.com sources in Abeokuta, two Human Right Groups have petitioned Ogun Police Commissioner against Patrick Onwu, the DPO in charge of Ikenne Police Division in Ogun state.

This kind of gross injustice can only happen in our dear country.

Hope Anifat Bello gets the justice she deserves.

Photos: DPO Patrick Onwu Beat Up Female Traffic Officer, Inspector Anifat Bello In Abeokuta
Photo: Woman Dies At LUTH On Easter Monday Because Of Doctors Inability To Give Her Oxygen