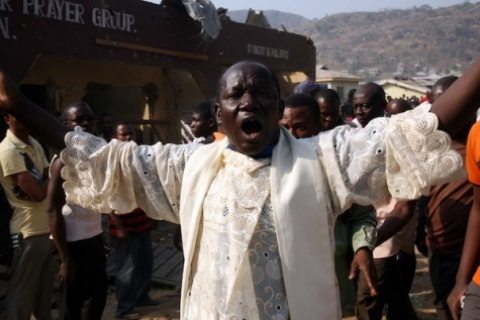 June 5, 2012 – Incessant Killings Of Christians In Nigeria: Anarchy Looms- CAN

After brutal suicide bombing attacks on churches and killings of Christians in Bauchi State, Northeast Nigeria, the Christian Association of Nigeria, CAN has warned of a looming anarchy in the country. naijagists.com

Pastor Ayo Oritsejafor, CAN President, in a statement issued by Kenny Ashaka, Special Assistant, Media and Public Affairs to the CAN President, warned that the incessant killings of Christians in the north was becoming unbearable. 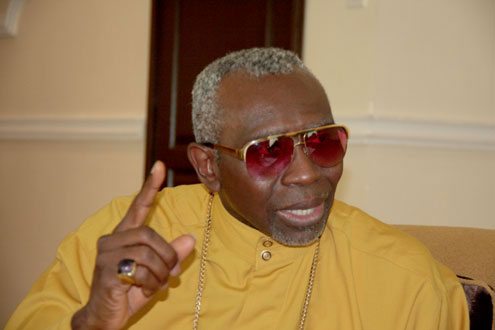 Oritsejafor challenged the Federal Government to take decisive steps in dealing with this issue as Christians could not watch their members being killed in cruel manner.

“It is important to remind the Federal Government that what is happening in the northern part of the country is an inescapable invitation to jungle justice and anarchy.

“Government should therefore be decisive and to let terrorists and criminal elements, to know there are consequences for their action,” he stated.

Oritsejafor lamented that many Christians in northern Nigeria had lost their loved ones in unprovoked attacks on them by Boko Haram, adding that he feels sad about the development in Bauchi State.

He implored key northern Muslim leaders to meet with the sect leaders in order to persuade them to drop their extreme ideas about the Islamic religion if they were really interested in bringing the spate of suicide bombing and other forms of terrorist activities to an end.

On the Dana Air plane crash, the cleric sympathised with families of those who lost their loved ones in the ill-fated crash, describing it as one of the worst air disasters in the country as there was no survivor.

“It is the result of the Nigerian factor which encourages strident denunciation in policies, passionate homilies of the clergy and tirades of well meaning Nigerians, yet nothing works. It shows that take-off and landing remains the most dangerous aspects of flying in Nigeria’s aviation industry.

“The federal government should therefore come up with practical measures that would reduce the margin of error in traffic air signals, mechanical faults and bad weather. It should also undertake periodic investigations of the financial base and repair history of the airlines operating in Nigeria in order to ensure that they do not adopt short-cut policies that would endanger air travelers,” he said.