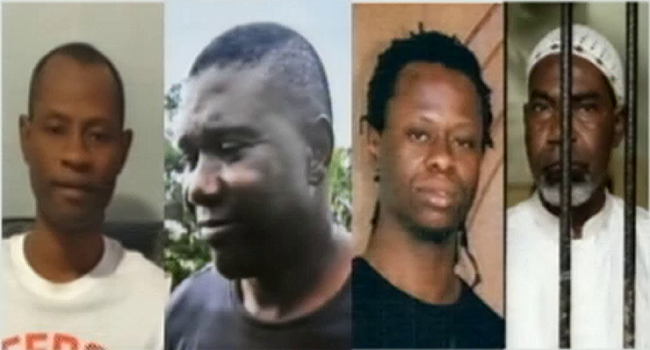 The execution of four Nigerians and other nationals on Tuesday by the Indonesia government followed the due process, the country’s ambassador to Nigeria, Harry Purwanto, has said.

Purwanto, who spoke in Abuja on Thursday after he was summoned to the Ministry of Foreign Affairs, said the execution was carried out strictly in accordance with the legal proceedings and therefore in order.

Speaking to diplomatic correspondents after meeting with the ministry top brass, Purwanto explained that there was nothing that could be done to save the four as the court had ruled over the case.

“There was nothing we could do for those four Nigerians because every legal process was completed and only then did the government of Indonesia implemented decision of the court,” the ambassador stated.

He said necessary opportunity was provided for the convicts for the 10 years the case lasted, adding that his government suspended the moratorium on death penalty due to the gravity and dangerous impact of drugs on their country.

He explained that his country suffers from the harsh reality of the drug trafficking as about 4.5 million of Indonesia citizens especially the youth, are affected by the narcotics, while only about 1.8 million of them have been rehabilitated.

He added that between 33 to 50 drug victims die every month, describing the development as unfortunate.

The envoy, who also spoke on the Prisoner Transfer Agreement between both countries, said that would only be possible with a new legislation.

Continue Reading
You may also like...
Related Topics:ambassador, indonesia, nigerian