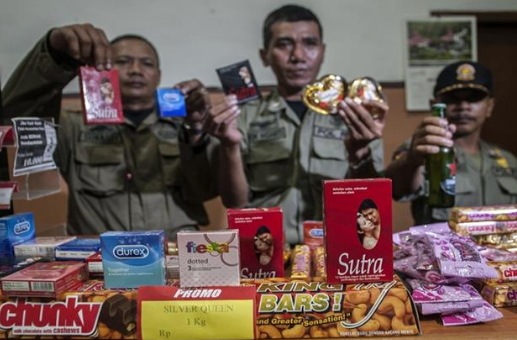 Today, some shop owners were arrested in Indonesia’s Island of Sulawesi for allegedly selling condoms to unmarried couples.

According to Antara Media, the Mayor of Sulawesi, Mohammad Pomanto gave the order after a brief inspections on stores selling condoms packed like candy to lovers.

Pomanto added,“Valentine’s Day is a day of love but it doesn’t mean people can do anything in the name of love. “It’s not about Valentine’s Day but it’s about moral degradation.”

According to Pomanto, the stores that sold it to unmarried couples would have their permits revoked.

In 2016 the mayor issued a circular demanding that stores in the largest city in eastern Indonesia sell condoms to only married people.