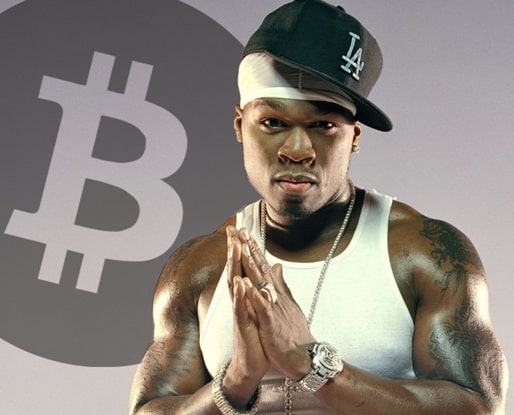 Top Five Celebrities And Influential People That Own Bitcoin

Celebrities and top influential people are becoming top on the list of people that are adopting Bitcoin. They buy Bitcoin and invest millions of dollars. The interest that these celebrities have developed in Bitcoin has been very helpful for Bitcoin adoption. In the past two to three years we have had lots of celebrities advocating for it, investing in it, and strongly declaring their interest in it. Some have even adopted it as a means of payment for some of their products. In this article, we will look at the top five celebrities that own Bitcoin.

Bitcoin used to be something far-fetched to the mass, and most people who know about it see it as something illegal. The volatility and risk associated with Bitcoin make people see it as an unrealistic game or a clear chance to lose all your savings.

Since the celebrities have been declaring their interest in Bitcoin and stating the number of Bitcoin they own, it has changed the status of Bitcoin among the mass. It makes Bitcoin acceptable and credible. Let quickly take a look at them.

Read about what is predicted to happen to Bitcoin under Joe Biden’s Presidency.

Jack is the Billionaire CEO of Twitter popularly known as the “bird app” and the owner of the payment company, Square. He is a strong advocate of Bitcoin and blockchain. He is known to have invested a huge amount into Bitcoin. In one of his tweets, he said he has so much passion for Bitcoin because it is decentralized and not controlled by any single individual, group, government, or any other entity. He is currently funding an initiative around an open decentralized standard for social media.

Bitcoin is the best currency, so he believes. According to Jack, Bitcoin needs to be built in a way that is intuitive, fast, and efficient. He believes the internet needs its own currency and Bitcoin is the best option, although lots of work still needs to be done to make Bitcoin and cryptocurrency hit larger mainstream adoption.

He has been an advocate since 2018 or far before, he reportedly said in an interview that Bitcoin has the potential to become the world’s main currency by 2030. With all these declarations by Jack, the number of Bitcoin users in the US has increased magnanimously.

Elon is presently one of the richest men in the world. He is the founder of Tesla and SpaceX. Tesla recently purchased about $1.5 billion worth of Bitcoin and has begun to integrate Bitcoin as a means of payment for their electric car. Elon endorses Bitcoin for the Martian economy.

He is an ardent fan of Bitcoin and other crypto-assets like Dogecoin, always tweeting about it and giving his thoughts on it. He was reported to have said Mars’s economy could be based on cryptocurrencies like Bitcoin and some other altcoins.

Elon posts memes of Bitcoin on his Twitter page and makes jokes around it. The moment the news of Tesla buying Bitcoin got out, the price of Bitcoin surged about 20% and lots of people started to buy Bitcoin and get involved.

The popular American rapper and singer Curtis Jackson, popularly known as 50cent is also one of the top celebrities that own Bitcoin. The mysterious story behind the 50cent Bitcoin is that he accepted Bitcoin as a means of payment for the album he released in 2014 which is titled Animal Ambition. The album was sold for about a fraction of a Bitcoin.

He is rumored to have about seven hundred Bitcoin as at the time he sold the album. We are not sure if he still has all of them or he has sold some of them. The truth remains that he is worth millions of dollars in Bitcoin.

He is the first musician to get involved with Bitcoin, now we have the likes of Kanye West, logic, and Nas actively involved in Bitcoin. 50cent allowing Bitcoin as a payment for his album speaks to people’s subconscious that Bitcoin is an accepted means of payment. More people now feel comfortable to buy Bitcoin.

The billionaire Kanye Omari West, a famous rapper who is very influential in the industry is also very popular for his adoption of Bitcoin. He made mention of Bitcoin in one of his interviews in 2018, thereafter he tweeted “decentralized” then went silent since then. Speculations were that at the time he tweeted decentralized he already joined the train and bought Bitcoin.

There was a cryptocurrency he filed a lawsuit on for using his name and his picture to publicize their coin. The name of the coin then was Coinye but it was later scrapped. The amount of Bitcoin he owns is unknown to anyone since he has kept it a secret.

The last celebrity we will be looking at in this piece is a famous boxer and a former heavyweight champion. He has shown interest in Bitcoin as far back as 2015. One can only imagine the huge fortune he might have made from Bitcoin. He doesn’t understand what he invested his money in then but did it anyway having high optimism in the future of Bitcoin and it paid off.

He launched his Bitcoin Automatic Teller Machine in Las Vegas in 2015. It is easily recognized by his tattoo which is used to brand the machine.

These are the few celebrities that will be mentioned in this article. There are a lot of them asides the five we mentioned above.

Another notable one is Nas who left the rap industry to join the Silicon Valley tech industry and then later bought Bitcoin. We also have Paris Hilton who made a painting of her cat and sold it for about $17000 worth of Ethereum around last year, the famous tennis player Serena Williams, another famous boxer Floyd Mayweather and the great footballer Leonel Messi.

In conclusion, anybody can buy Bitcoin, invest in it, or use it for day-to-day transactions. It isn’t only made for the popular or rich folks.  There is this saying that the rich will always stay rich, this statement is because the rich will always have funds to spare and invest in things that will bring them more wealth.

It’s not too late to join the moving train. If you want to buy Bitcoin, create an account on Remitano today and you will be glad you did.