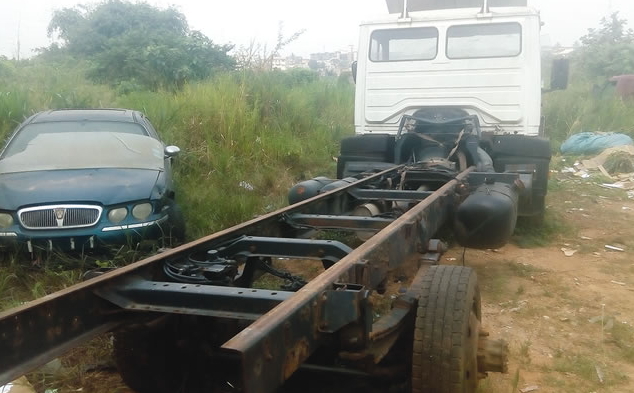 A popular Engine oil hawker in Gbagada has been murdered by unknown assailants.

The corpse of the victim simply identified as Iya Bola with injuries on her head, hand and neck was found by police on Adewale Kuku street in Millennium Estate on Monday the 13th of February 2017.

It was gathered that the homeless Engine oil hawker lived in an abandoned truck near the estate.

Her death was reported by a security guard named Alfa Ali and another Patrick Modupe around 12pm on Monday.

Her corpse is currently at Gbagada General Hospital morgue.