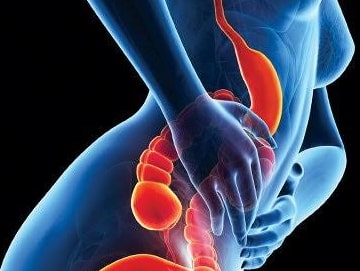 Lagos State Government has confirmed that the outbreak of Gastroenteritis has killed 11 people in the state while out of 400 cases 370 have been treated and discharged.

The ailment is called gastroenteritis and it is the name for the inflammation of the stomach and intestines.

Gastroenteritis according to reports is a bacterial or viral infection which causes vomiting and diarrhea. Its symptoms may include diarrhea, vomiting and abdominal pain.

Symptoms may also include feverishness, a lack of energy and dehydration.

Patients with gastroenteritis present severe acute watery diarrhea and excessive vomiting. Those infected with microorganisms causing the disease show signs and symptoms within 12 hours to one week after ingesting contaminated food or water. The disease affects both children and adults and can kill within hours if untreated.

In an interview with the Lagos State Commissioner for Health, Prof Akin Abayomi, he said the situation was under control as a result of the policies and interventions already put in place by the state government.

In a statement, Abayomi said gastroenteritis cases had been reported in some local government areas, particularly in Mushin, Ajeromi and Lagos Island since mid-October.

Unfortunately, we have also recorded 11 deaths due to the outbreak. The spike in the number of gastroenteritis cases is directly connected to the recent flooding of some local government areas in the state.

“It is crucial that everyone wash their hands with soap and running water thoroughly especially after defecation, before eating or food preparation and when they have been in contact with a sick person or touch any item or surface that may have been contaminated.

“Health workers are also advised to take universal safety precautions when dealing with patients, practice good hand washing techniques and report any alarming increase in cases of gastroenteritis-vomiting and diarrhea to the Medical Officer of Health in their local government or the Directorate of Disease Control.

“For reports, clarification and more information on the outbreak of gastroenteritis, citizens and health workers can contact the Directorate of Disease Control through these lines: 08023169485 and 08023608195,” Abayomi added.

The Lagos state government says it has scaled up surveillance in communities within the affected local governments as it strives to stop the spread of the infection.