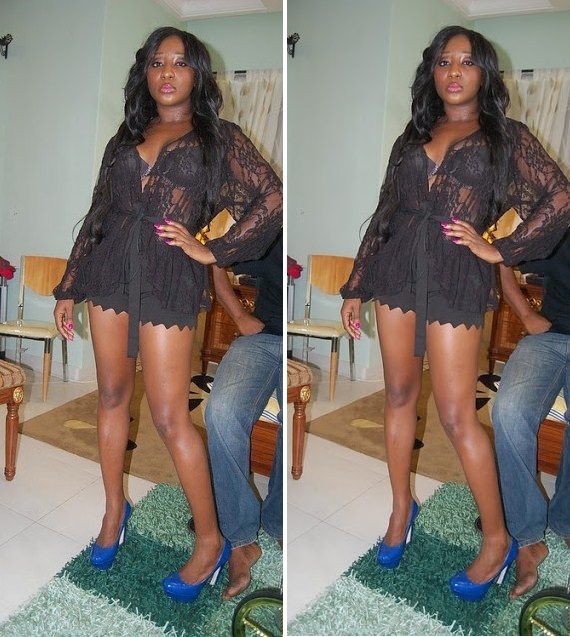 According to Nollywood insiders, Nigerian actress Ini Edo who lost two pregnancies since her marriage has started an aggressive fertility treatment.

A source who said the actress started her fertility treatment few weeks ago said she has began a mandatory weight loss diet to keep her body fit for pregnancy.

The source further said the actress is exploring all possibilities to ensure her conception.

The actress released the above photo shoot with her US-based husband sitting beside her.

Ini Edo & Phillip Ehiagwina got married on the 28th of February 2009 in Houston, Texas.

Shortly after their talk of the town wedding, former Nigerian actress Ruth Okoro accused Ini Edo of snatching her husband.

Wishing her a successful treatment.